Was Kory Atkinson untruthful on his employment application?

DuPage Co. (ECWd) -
Kory Atkinson is currently a Bloomingdale Township employee that we recently exposed for sending personal e-mails while being paid to perform township work.  (Click here for that Article)
Atkinson landed in Bloomingdale after departing Itasca School District 110, where he had a job as the Director of Operations earning $100,000.00 with full benefits.
Several issues have come to light in reviewing the records surrounding this employment that we found worthy of sharing.
Dr. Tornatore, the wife of Dupage County Board member Sam Tornatore, both from Bloomingdale, stated the position was advertised and Mr. Atkinson applied. She also stated he 'will' be seeking his Business license.
To most, advertisement implies something put in the local paper in which circulation would potentially result in more applications. Not the case with this job.  This job was 'advertised' on the school web site.
It was posted on 5/21/2012 and allowed a whopping 9 days before the deadline of 5/30/2012. (Online Advertisement - you will need to zoom in to read)
Looking at his application we have identified some problems.
Atkinson states: (Click here for copy of the application)

Kory Atkinson entered into a contract with Itasca School District December 22, 2011 (Click here for copy of contract).  Simple math proves Atkinson has been working with the School District 6 months, not the 5 he claimed.  Many will downplay the misinformation from this attorney on his application as a minor error.  I can live with a one month mistake but it is appropriate to ask how an attorney couldn't do the math?
The one I can't let go, is how an Attorney that is under contract with the very school district he is working for answers "NO" when asked if he is under contract?  Is that not a straight up lie?
For an attorney to fill out an application and certify that the information is true in all respects, when in fact it clearly was not, makes you wonder why no one caught these mistakes.
The minutes contain Dr. Tornatore 's statement "he 'will' be seeking his Business license", which was one that jumped out at is as well.  Was that a requirement for the position?    (Online Advertisement - you will need to zoom in to read)
Qualification requirement:

We will FOIA a copy of his Business license considering the board was told he 'will' be seeking it.  I suspect we already know the answer to the question all things considered.
Of additional interest is how a Superintendent is given the freedom to sign contracts without any board approval, which I think most know is not proper.
Another red flag with this hiring is the claim by Dr. Tornatore's statement to the board when  he was hired.  "Mr. Kory Atkinson has been subcontracted for the past few months in the position of Acting Business Manager.
That is clearly not true.  The minutes are dated June 13, 2012.  Atkinson's contract began December 22, 2011, which hardly represents a few months.   (Click here for the minutes -see page 8)
As if all of those issues don't stink enough, considering Atkinson's contract with the school to perform legal services was entered into on December 22, 2012, can anyone explain how he is billing the school for legal work 7 days before he has a contract?  To date, every attorney we have worked with enters into an engagement agreement, which is a contract, before any billing takes place.(Billing from Atkinson to the School)
Considering the past political issues with Bloomingdale Township, one can only wonder what really was going on with Atkinson's hiring but it sure appears to be patronage hiring of a political nature. 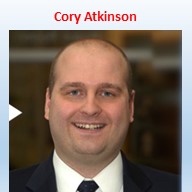