Cook & DuPage Co. (ECWd) -
When the educators have to be educated you know we are in trouble.  We send our children to school and trust that those in charge know how to read the law and comply with it.  Sadly, that is not the case with several Lemont HS District 210 leaders.
Many will attempt to minimize the Open Meetings Act (OMA) compliance issues because the law has no teeth in it for those violating it.  Although that is a serious problem with the law, it is the other legal problems and expenses that can come into play with OMA violations.
Currently District 186 is spending a small fortune regarding OMA violations that has found its way to the Appellate Court.  Rest assured, it's much more cost effective to the taxpayers if the public bodies would simply follow the law.  Going through the training decreases the odds of future violations, assuming they are willing to comply with our laws.  It does so by providing the knowledge of what they are supposed to do and not do as it relates to public meetings.
When these officials don't get the information, they have no clue when a violation occurs and in some cases, those violations can have huge legal ramifications to a school district and the taxpayers.
In Lemont, we see that it's not just a problem for the elected officials, but those designated to the position of OMA officer, which in this case were the three top Administration positions.  The Superintendent, Administrative Assistant to the Superintendent, and the Director of School and Community Relations who had all failed to comply with the required training in the time frame established.
In addition to the Administrators failing to comply, three elected board members had failed to comply but with an interesting twist.  These members were not newly elected. In fact, one of the board members, Beverly Marzec, has been on this board for 25 years.  There is no excuse for a member of a public body for that long not complying with the most basic of our laws as an elected official.
The other two members, Mark McMahon and Gary Gray have been on the board for many years as well.  McMahon has been there for 8 years while Gray served from 1993-2003, and then was re-appointed to a vacancy in 2013.
With that many combined years of public office you would think at some point they would have come across the importance of compliance with Open Meetings Act training.
[documentcloud url="http://www.documentcloud.org/documents/2520470-pac-response2014-pac-29770-final.html" container="#DV-viewer-2520470-pac-response2014-pac-29770-final"] 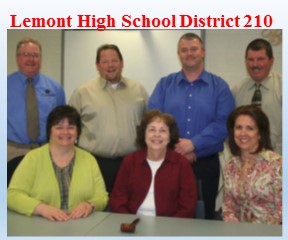