Our analysis of DuPage State's Attorney letter to College of DuPage –

Fact checking has become one of the most common things we do in our investigations of public bodies.  It’s amazing how often we find half-truths, misinformation, and incomplete opinions, yet the very officials presenting such can look you in the eye and swear on a stack of Bibles that what they say is true.  In some cases they actually believe what they are peddling even though documents in front of their face disproves much of what they say.

Several aspects of the opinion letter from the DuPage County State's Attorney, Bob Berlin, regarding the COD Open Meetings Act violations fall into at least one of the categories mentioned above and we will point out exactly why.

As part of Mr. Berlins explanation as to why he is “not” going to prosecute the illegal acts of the previous COD board members, yes he confirmed they broke the law, he goes to great length to actually use “part” of Kirk Allen’s testimony on house bill 248.  Interesting that he only used the part that supports his reason for not prosecuting the OMA violations even though his testimony did outline the specific authority provided by law, as did State Representative Peter Breen.  How convenient those quotes were left out of his legal research.

Was it asking too much for Bob Berlin to ask the courts to take action “it” deems appropriate, which most would agree would be to invalidate the action taken in violation of the Open Meetings Act?  As both Mr. Allen and Representative Breen stated, the law does in fact provide a means for the courts to act and it is not limited to open or closed meetings as Mr. Berlin has insinuated.

Had the entire testimony been provided and not just snippets to support a position, it would have been clear that the purpose of the bill being proposed was to bring clarification on the matter as the courts have gone both ways on the matter, which means in fact courts have nullified action taken in open session when the act was violated, contrary to his position.

Berlin stated: “Though a bill's passage by one chamber does not constitute a subsequent amendment, the language of HB 248, the testimony at the March 3, 20 15 committee meeting, the holdings of the appellate court, and the decisive action of the Illinois House support the conclusion of Attorney General Ryan, as well as my own, that the statute permitting the court to declare an action null and void refers by its terms only to a closed meeting.”

Sounds good, however, it is void of the inclusive language found in the law, which although he cited such in his letter, he failed to mention that important element in which the legislature gave the courts the power to grant relief as deemed appropriate.  There is no stipulation that such relief under that section only applies to closed session violations.

Sadly, it appears taking the position that he can’t seek nullification of action taken in open session does nothing more than send a signal to every public body in DuPage County that they can violate the law and get away with it as long as those violations take place in open session.  Clearly not the intent or spirit of the law, but in essence that appears to be his position based on the letters content.

Berlin:  "The Attorney General has never - not even once - invalidated, or sought the invalidation of a public body's actions due to its violation of the recital requirement so long as the action occurred in an open meeting"

ECWd: Yes, there has been nullification by the AG

A cursory search through AG Binding Opinions revealed this very thing. The AG directed the public body to reconsider the item on a new meeting agenda, and re-vote the item in a new public meeting.

AG Binding Opinion 13-016 directs the Geneva CUSD #304, as a result of their violation of Section 2(e) of the Open Meetings Act, which is the public recital prior to a vote section,  that it must comply with their decision by reconsidering its June 24, 2013, final action, and by preceding any final action with a public recital [of the key provisions of their action]. The School Board in this case failed to name the individual they were terminating. So by directing the board to reconsider the action, the AG invalidated the original action.

Berlin mainly cites cases where the entire meeting was in violation of the Act for being held in a place inconvenient to the public, but is that not simply a nullification of actions taken in open sessions due to another paragraph of the Open Meetings Act being violated?

In Rice v Adams County, the Court nullified action taken in open session because the item was not properly listed on the agenda. It was required by the OMA to list the subject germane to the action. Likewise, the OMA also requires a public recital of the action prior to any vote.

In Redell v Thornton Township, the Court reversed the appointment of a Township Trustee because the actionable item was not properly listed on the agenda as required by the OMA.  Once again, it was required by the OMA to list the subject germane to the action. Likewise, the OMA also requires a public recital of the action prior to any vote.

In Ferrett v DuPage County Board, the Court reversed a resolution of support, where the vote was taken in open session, but was not listed properly on the agenda, which is a requirement of the OMA. Again, the OMA also requires a public recital of the action prior to any vote.

In Baldermann v Chicago Ridge Pension Fund Trustees, the Appellate Court upheld a lower Court decision to invalidate the administrative action because it had failed to call for a motion prior to a vote. "Finding no valid final action by the board in addition to a violation of the Open Meetings Act, this court reversed the decision on the merits, vacated the board's decision and remanded with directions that the board enter a final administrative decision."

Berlin seams to rely on the fact that no court has overturned a public body's final action due to their failure to provide a public recital prior to a vote. Does that mean public recital prior to a vote is optional? No! The OMA makes it mandatory, just as mandatory as failing to place an item on an agenda, or failing to provide enough information on the item that is on the agenda. His opinion that since failure of that particular mandatory item has not yet overturned a final action means it never will is faulty. Other mandatory provisions of the Act have been sufficient to overturn final action taken in open session, likewise, this one would also.

Since the opinion of the State's Atty was strictly for the meeting in question on the AG Advisory Opinion, I would suggest he look at the subsequent addenda "approvals" and think about acting on those. There is precedent in both Courts and AG Binding Opinions, he simply needs to use his prosecutoral discretion and prosecute in the name of the people of DuPage County.

Disclaimer: We are not attorneys and this is not legal advice... 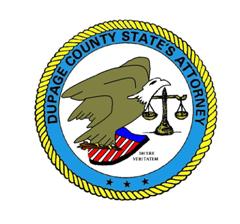