CHICAGO, IL. (ECWd) –
What does it say about a Constitutional State Officer who dukes it out on Facebook instead of issuing an official Press Release or other official statement?
Instead of an official response or Press Release to a Forbes article on paying Developmentally Disabled citizens only after a court order, the Comptroller of the State of Illinois, Leslie Munger, decided it would be a better idea to duke it out with the article’s author on Facebook this afternoon.
Without an official statement from the Office of the Comptroller it is difficult to fact check any statements made for accuracy. Munger claims the Forbes piece was misleading and fabricated, but chose not to offer an official response. What she did do was to engage on Facebook this afternoon, so we will take this as her unofficial, official response.
Responding to the Forbes piece entitled “New Illinois Comptroller Leslie Munger Close To ‘Contempt of Court’ According To Federal Judge“, the attacks started with Danielle Rowe claiming Andrzejewski was positioning himself to run for Comptroller, which is false, and claiming everything in the article was misleading without providing evidence to refute the article.
Next, Comptroller Munger steps up and offers her responses, which included the following:
Munger:

Regarding your lawsuit reference, the Comptroller’s office was not a named party in the litigation until we were added on 8/24. In the above court document we were ordered to make payments once we received vouchers from the agencies. We cannot prioritize a or make a payment until we receive a voucher from the agency that contacted for the service. We received the first vouchers to pay DD providers into our office on Friday, 8/21. All those were paid by Tuesday 8/25. We received more vouchers on Monday, 8/24. All those were paid by Thursday, 8/27. Despite your libelous innuendo, I am following the law and the court orders to make state payments. You continue to spread false information about me, yet have not mentioned that you have asked me to pay you $100,000 from State funds for your legal bills for court cases you lost. You are neither honest nor transparent.

So she claims she is following the law and court orders, then commences to attack him because of a still unresolved lawsuit brought about prior to her taking office. What Munger fails to mention in the above comment is that her office decided not to pay those vouchers in June of this year. This fact is revealed in the Court Order (here). She did pay other vouchers that came thru the Comptroller’s office, including those of a political blogger, lobbyists, and Planned Parenthood.
Munger:

Adam – refer to my previous point that I cannot pay anything without a budget or a court order. That’s why the AG went into court to get court’s clarification as to what we could pay. Re your latter point, perhaps you should re-read the Comptroller’s Act which details my lawful responsibilities. I have never contacted for payment for lobbyists or bloggers from my office, but I do not get a line item veto for those offices that do.

In this she refers to payments without a budget or court order, but she did pay plenty of vouchers without those. Additionally, she claims she does not have line-item veto, which is more of a play on words. She says she does not “contract with” lobbyists, and she may be correct, because those payments were no-bid payments and also came from her very own budget. She could have simply line item-ed her own budget to eliminate the lobbyist agreement. What she does have, is the ability to refuse to payment should she believe the payments are not authorized according to law. This is in Section 9 of the Illinois Comptroller Act.
When she cannot defend the other payments, she attacks again, claiming Andrzejewski is “wasting state money” by pursuing court action (not related to this Forbes piece), then throws out the time-proven “we could use those fund for services to the most needy” failing argument.
Munger states, in her August 26, 2015 Press Release, that “I appreciate the Court’s recognition of the difficult challenge we face in making necessary payments in light of Illinois’ continued failure to pass a balanced budget. My priority remains to ensure that organizations serving our elderly, children and other most vulnerable residents take precedence when it comes to state payments…”
If that is her priority, then why did her office make the determination in June to not pay the July and August vouchers without a Court Order?
The Chicago Sun Times published an article a few minutes ago (here) stating that the Comptroller should have paid the Developmentally Disabled vouchers prior to paying other, if for nothing else because the Federal Court Order takes precedence over the State Court Order. In the article, attorneys for the DD payments were quoted as saying that:

Maybe this is why there was no official statement regarding the Forbes article…because there is no defense? 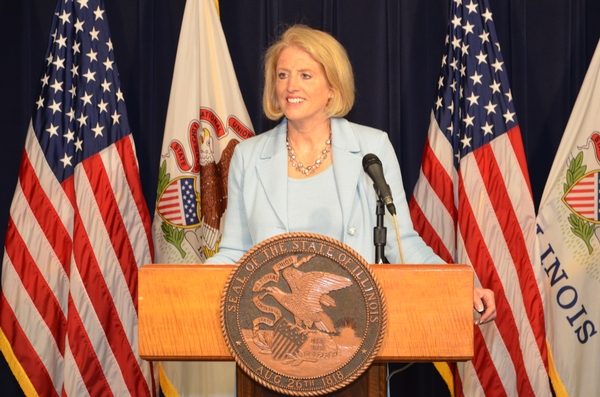