Clark Co., IL. (ECWd) -
Edit: Correction found here...
After hearing Commissioner Glen Kuehnel's comments during the Clark County Park District board meeting a couple days ago, I was reminded about an item that I had forgotten to write about.
While Kuehnel and Stepp are complaining about not getting anything done, and "nothing coming out of" the FOIA documents requested, all I can say is they have not been listening and reading. They are the ones violating the very laws and Constitution they took an oath to uphold.
One of the many items we have written about is Commissioner Terry Stepp not paying late fees like all other park patrons have to pay when they tender their rent payments late. (READ IT HERE)
Another item we have written about is illegal perks for being a Commissioner. We wrote that one on Yargus and Stone, and I just realized I forgot to write the one on Glen Kuehnel...so here goes:
On April 1, 2014, Glen Kuehnel received illegal compensation in the form of a free annual boat registration based on his position as Park District Commissioner. His statutory duty is to act as a Commissioner without compensation. He has failed his very first duty.
He received this compensation in the spring of 2014, and we have no reason to believe he did not receive it in previous years, or that he ever actually paid for this one after we outed Yargus and Stone last fall.
I am a little bit hesitant to submit a FOIA request now to figure out if he paid it after we outed Yargus and Stone, considering it will be published in the local newspaper and will incur a great cost to the park district to provide the "ridiculous" public records... JUST KIDDING! - I have no intention to let that lame threat by Stepp get in the way of informing the public of each and everything we find at the Park District.
Anyway, back to Kuehnel. This is a violation of Article VIII, Section 1 (a) of the 1970 Constitution of the State of Illinois (not a public purpose), and a violation of the Park District Code (Commissioners shall act without compensation) - which in turn, makes it a violation of the Illinois Criminal Code, Section 33-3, Official Misconduct (knowingly performing an act they are not permitted to perform - for personal gain).
.
[gview file="https://edgarcountywatchdogs.com/wp-content/uploads/2015/07/Kuehnel-Glen-Darlene.pdf"]
. 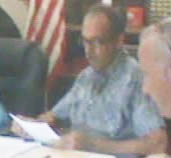