College of DuPage – Did the Attorney have a Conflict?

Conflict of interest – A term used to describe the situation in which a public official or fiduciary who, contrary to the obligation and absolute duty to act for the benefit of the public or a designated individual, exploits the relationship for personal benefit, typically pecuniary.

You may recall that I had asked for all conflict of interest waivers from COD attorneys.  I wrote about it the first week of March. COD didn’t deny those records existed, but instead chose to claim they couldn’t find them. (Click here for Cover Up article)

I think the common citizen is more than capable of reading the facts and making a determination if there is a conflict of interest, at a minimum the appearance of a conflict of interest. I say that because they were more than capable of recognizing the need for a clean slate on the Board.  A slate that is not beholden to any one party or local establishment.  The citizens of District 502 are not stupid!

“Who is Ken Florey?”

As COD’s attorney it has become ever so clear, the legal advice being provided is one that has ensured thousands of dollars in legal bills are created.  For example, positions taken on a recent FOIA case include out right fabrications.

“When your clients first sought these documents, they were the
subject of a court seal and were not produced for this reason.”

That quote from Ken Florey’s firm is “demonstrably false!  (See page 6 of our response to the attorneys motion to dismiss)

So he takes direction from the Assistance State’s Attorney instead of from the law or the COD Board of Trustees?  Why not!  More billable hours because no one is watching the Fox in the hen house. (See page 7 of our response to the attorneys motion to dismiss) . Of course he never provided any evidence of the “representations made” from the ASA.

As if the claims in the case listed above are not disturbing enough, let’s not forget we have yet another 12 count FOIA case in the courts against COD, of which all those FOIAs were reviewed by legal counsel.  Had they been reviewed for a proper legal response we would not be in court!

Is he exploiting the relationship for personal benefit?  Are these actions in direct conflict with the law exposing a conflict of interest for Mr. Florey?

Although he may not be making decisions on the COD board, he darn sure is advising those who make the decisions.  Was his employment with COD done on a NO BID basis like so many other foundation members?

How can an attorney ensure ongoing business?  How about represent the “Support College of DuPage PAC” for free when they brake the law!  Yes, the PAC established to pass a $168 Million dollar bond referendum broke the law and Ken Florey was there to save them and the PAC never paid him a dime!  According to Florey, “it was an inadvertent error that the signs did not have an attribution of source”, which is required by law.

Considering the hundreds of thousands COD and the PAC spent with the advertising firm, one would think the advertising firm would know you are required to place the attribution of source on all yard signs or mailers.  Even small town advertisers who make signs know that rule.  I believe telling the State Board of Elections that it was an honest mistake is disingenuous at best.

“The “Supporters of College of DuPage” is a group of volunteers and they just made an honest mistake.”

That quote is more than disturbing!  It appears from the documentation that information was provided by Ken Florey, an attorney for the PAC.  A group of volunteers?  Seriously?  Joseph Moore is a volunteer who made an honest mistake?  Sorry, the smell test reeks of skunk on the claim of this being an honest mistake.  (Click here for State Board of Election Documents)

Lastly, what better way to assist your future business than to donate to the Neighbors for COD committee.  By all indications, Florey has a real good feel for the entire COD operation, but he will be the first to tell you there is no conflict of interest.  Is there the appearance of a conflict of interest?

Is this not one big conflict of interest?

Is it any wonder Ken Florey recently resigned from being a COD Foundation Board member?

The key question we may never know the answer to is did Mr. Florey do all this to exploit the relationship for personal benefit, typically pecuniary? 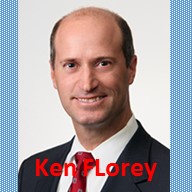