It appears a senior sitting judge has been appointed to the SIU Board of Trustees.  This is a violation of SIU Charter ethics rules as well as the Canons he is bound by as a Judge, in our opinion.

Judge Gilbert  is taking the position that he is not an employee since he is retired and as he put it, working for free, even though he receives an “annuity” and full benefits as a Federal Judge…for life.

A report from his office to the Illinois Review stated: “Judge Gilbert retired from active service on March 15, 2014. Judge Gilbert is a senior judge and receives a pension. Judge Gilbert is not an employee of the federal government.”  (Illinois review coverage shortly after our article on this matter)

“is not an employee of the federal government”

Let’s keep it simple and do as the courts do.  Read the plain language of the law and apply it.  In this case, we go to the federal laws and see what they have to say about the definition of an employee.

5 U.S. Code 2105 Employee: (a) For the purpose of this title, “employee”, except as otherwise provided by this section or when specifically modified, means an officer and an individual who is:

A Federal Judge is an officer of the court, and an individual, so the first prong is met.  He admits to still hearing cases, thus he is engaged in the performance of a Federal function under authority of law.  Note that the Federal law makes no reference to pay as a factor of being employed.  I mention that because of his comment of, “I’m not sure people understand that I’m working for free,”.

Under 5 US Code 2105 he meets the definition of “employee”

Note: Retired Judge Don Lowery, former SIU Trustee, agreed with our interpretation and insists that Judge Gilbert is in fact an employee and cannot serve in both positions.

Realizing our laws have more loop holes than anyone could ever imagine, let’s look at other criteria that play a factor in this situation. Criteria that a Judge is BOUND BY!

Canon 4 – “….a judge should not participate in extrajudicial activities that detract from the dignity of the judge’s office, interfere with the performance of the judge’s official duties, reflect adversely on the judge’s impartiality, lead to frequent disqualification, or violate the limitations set forth below.”

It appears if the organization, in this case SIU, appears regularly in adversary proceedings in ANY court he may not participate as a trustee.  SIU routinely has around 2 dozen cases in court at any given time according to Judge Lowery.

It appears the Supreme Court is of the same opinion.  After drafting this article, Mr. Kraft came up with this Supreme Court opinion that ties directly to this specific Canon in question.  Although in this opinion they are talking about a Hospital appointment, the parallels are spot on and the determination was specific and clearly applies in this case.

“If the hospital is regularly engaged in adversary proceedings in any court, Supreme Court Rule 65 (b)(1) bars the judge from serving on that hospitals board.” (Supreme Court Opinion)

Change the word Hospital to SIU and realize that SIU is engaged in upwards of 2 dozen cases a year.

“If SIU is regularly engaged in adversary proceedings in any court, Supreme Court Rule 65 (b)(1) bars the judge from serving on the SIU Board.”

Judge Gilbert would be bared under Supreme Court Rule 65(b)(1) from serving on the SIU Board.

If your still not convinced, try this one!

Canon 4(F) Governmental Appointments. A judge may accept appointment to a governmental committee, commission, or other position only if it is one that concerns the law, the legal system, or the administration of justice, or if appointment of a judge is required by federal statute. (Click here for Canons for Federal Judges)

From Committee on Codes of Conduct Advisory Opinion No. 93
Extrajudicial Activities Related to the Law:  “As another example, a judge may generally serve on the board of a law school, but may not serve on a state board responsible for operating a public university.” (See Page 154)
First and foremost, the appointment to the SIU Board of Trustees is a state board charged with the responsibility for operating SIU, which is a public University.  Yes, they have a law degree program under the SIU umbrella but that portion of the school does not have a board for the law school itself to my understanding and besides, even if they did, that is not the board he has been appointed to.

The examples provided in those opinions are NOT the function of the position of University Trustee so we can exclude any attempt at using 4F as a loop hole.   Also note that no where in the opinions or Canons does it stipulate those rules only apply if you are getting paid.

It applies if you’re a JUDGE!

So how can Federal Judge Giblert sit on the SIU Board of Trustees?

“A retired judge who is retired under 28 U.S.C. §§ 371(b) or 372(a), or who is recalled to judicial service, should comply with all the provisions of this Code except Canon 4F, but the judge should refrain from judicial service during the period of an extra-judicial appointment not sanctioned by Canon 4F .. .” (see Page 52 &53)

There might be one small problem in this situation that points to why he does not simply stop hearing cases so he can be appointed to the SIU Board.

Depending on his retirement status under Federal law 28 U.S. Code 371 -Retirement on salary; retirement on senior status,  he may be required to to meet certain criteria to continue to receive the salary of the office.  That criteria can be found in section (e) (Click here for 28 US Code 371)

We are confident in our assessment on this and stand by our first article pointing out that such an appointment violates the rules! 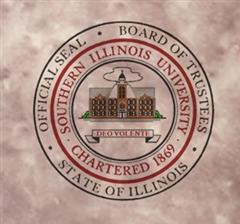