The following letter was written by Jane Harper, Tipton County Indiana Commissioner from 2009-2012.  In addition to dedicating part of her life to public service, Jane is also a farmer.  She originally wrote this letter to warn the Howard County Indiana officials about the many pitfalls of wind energy development, but it’s message is equally applicable to Huntington County as well. This letter was also read directly to the members of the Huntington County Plan Commission on Wednesday, March 11, 2015, by HCCC Attorney Steven Snyder.  Huntington County Commissioners Larry Buzzard and Rob Miller were also in attendance, and heard this letter read into the official record.

I am writing to you all as a former commissioner colleague who aided in the negotiations and agreements with E.ON Climate Renewables with Tipton County in 2011. From the onset, I was open to windfarm development in a small section of Tipton County because the commissioners had received no opposition and I felt that the landowners wanted it. My own family was offered an opportunity to lease land to E.ON and we declined because my husband did not care to farm around the towers, and I just didn’t want to look at them. I set my own personal views aside and made decisions based on what I felt the majority of the public wanted. I was outspoken enough, however, to say that I would never support a plan to cover a large portion of the county with wind turbines. As it turned out, the problem was that when the decisions were being made to build “Wildcat I”, the commissioners were not hearing from the “majority”. People really did not know this was happening, or if they did, they did not perceive it to be as “invasive” as it was. As you know, public notices are small and often overlooked in the newspaper, so not much resistance was present……………until the towers went up, and people saw how enormous and intrusive they were. The red blinking lights even disturb my own summer evenings and my home is 6 miles from the closest tower….. !!!! You don’t have the time to read what all I could tell you, so in a nutshell I just want to say that I wish I had the knowledge then that I have now. However, what I can do, is to try to pass some of what I know onto the elected officials in the neighboring county so that perhaps you can gain some wisdom from what I learned in the school of hard knocks.

In Tipton County……….my 83 year old mother is mad at me (since I signed the agreements) because she no longer has colorful birds coming to her feeders……..my brother’s view from his family dining room table used to be a vast expanse of crops and natural habitat…….now that pristine ‘vista’ is forever marred by giant metal structures………….neighbors hate each other…………back and forth letters to the editor have been selling papers for over a year now………….families are torn apart,,,,, and because the physical presence of the towers will be there for 30 years, these relationships will never be repaired. In short. . . . this has become an issue that has divided our community like no other.

It has torn our county apart. The May, 2014 primary election is evidence that the majority of the voters supported candidates openly opposed to wind farm development and an incumbent commissioner was voted out of office due to his unwillingness to listen to the majority on any issue, including wind.

If I had this to do over, I would NEVER enter into an agreement with any wind company now that I know what it has done to my home community. I am not proud that my name is on those documents. The wind company has breached many parts of the agreement, but insist that their failures are “minor”. Their field representative is arrogant and cavalier in his attitude toward the people who are suffering with the effects of the noise and flicker.

You can’t lose something you never had…………so you are not “losing” the supposed ‘windfall’ of money that the project purportedly brings in. What you WILL lose however, cannot be measured in dollars. You will lose the rural landscape as you know it and you will lose the closeness of “community spirit” because people will hate each other over this and the presence of the towers will always be a constant reminder of the rift…………thus the wounds will never heal.

Please consider this: What do you think of a company that KNOWS it has fierce opposition from a segment of the Howard County citizenry, but would STILL want to build in your county? It is akin to forcing themselves onto you when they KNOW they are not wanted by those in the project area who would be affected by their presence and are receiving no compensation for the change in their environment. How much of a “community partner” would they be when they really don’t care about the wishes of the people?

Any issue that has become so contentious that it has caused large groups of people to assemble and vehemently oppose it. . . . and which has caused so much heartache and angst among the citizenry . . . . just cannot be good for the whole. I do not feel that Tipton County will ever wholly heal from the deep personal wounds incurred by many from the placement of wind turbines in our county.

I will leave you with this last piece of wisdom from someone who has “been there, done that”.

As an elected official/public servant. . . . . if you must go forward with approvals that allow wind farm development . . . and thus you become the reason a wind farm was built in Howard County. . . it will be a decision you will regret the rest of your life.

You will join me. 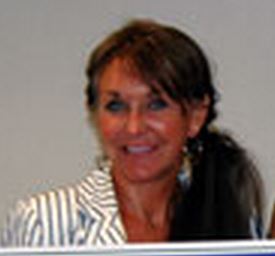