Edited to include the name of the attorney…

During the December 18, 2014 College of DuPage Board of Trustees meeting the College attempted to intimidate media (me) in the media seating area.

Here is how this failure went down:

To start off, COD is simply trying to marginalize any media that does not agree with their position.

In the November meeting, I asked to be placed in the area reserved for media and was refused.

Approximately two weeks prior to this meeting, I emailed a formal request for reserved seating in the media area of the board room. I sent a second email on Tuesday. (read them here).

I received an emailed response (click here to read it) the morning of the meeting by some attorney from Robbins-Schwartz that did not identify himself as an attorney for COD, did not ask for any additional information on whether or not I was media, and did not quote any law to support his position that I was not media. He did make a feeble attempt at using FOIA to determine the definition of media, but even that failed on its face.

Prior to the meeting, the Media Relations Director, or whatever her title is, decided all on her own that the definition of media included a requirement to be a member of the Illinois Press Association. Keep in mind that the actual legal definition of media has no such requirement. She even went so far as to tell me she would ask a College of DuPage Police Officer to remove me from the room if I did not comply with her wishes, like her wishes actually meant anything at all. I told her to summon the officer if she felt that was what she needed to do. She left the room for awhile and returned without an officer. She must have felt defeated at that time.

A short while later, the Board attorney, Mr. Respicio F. Vasquez of Franczek Radelet P.C., approached me and informed me that they had decide I was not “media” and that I was to leave the press area. We argued back and forth, and i finally told him that he did not have any authority to ask anyone to do anything in that room. He said he would get an officer to remove me, and I told him that the officer lacked any authority to act on any of his directions. An officer did show up, standing close enough to observe what was unfolding. I then told the board chairman that she was in charge of the room, and that if she ordered me to move that I would gladly move. The reason for this is that if I would have moved on the attorney’s orders, I would not be able to file suit against the college since he had no authority for anything in that room, but if the chairman ordered me to move, I could file suit.

The meeting finally started and I was not ordered to move from where I was sitting. However, later in the meeting, the chairman accused me of causing a disruption prior to the meeting, when that disruption was actually caused by the college attempting to redefine the term “media” to fit their need for control and to only include those that write favorably about the College. I was simply enforcing my right, as media, to sit in the area reserved for media.

Finally, I sent an email to the attorney expressing my displeasure with what he attempted to do (here).

You can listen to the audio (here). Video of this encounter will be in a later article. 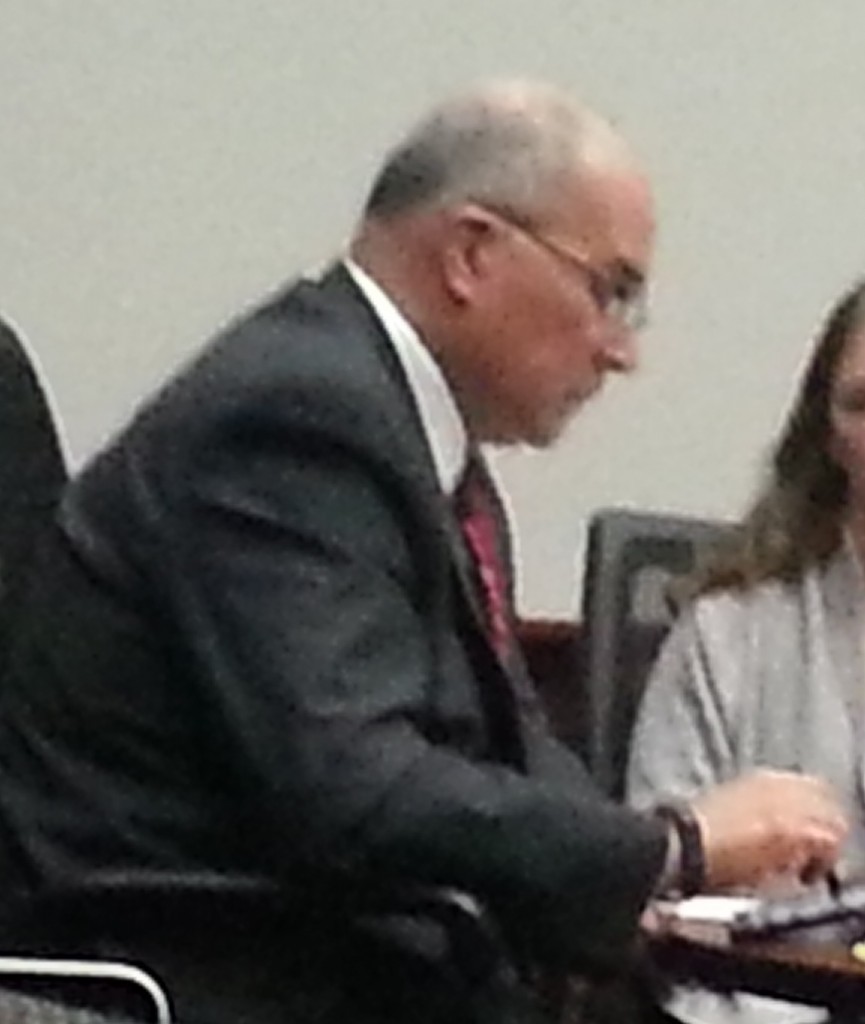 Attorney who thought he was in charge of the room.