When writing about a particular subject, a journalist should disclose conflicts. This means that when one writes about something, and about a public body in particular, they should disclose any relationships existing that might be perceived as having an influence on the subject they are writing on.

Since it appears that Tay Smith, from the Prairie Press took offense to a FORBES article, I though it prudent that we disclose certain conflicts that Prairie Press and Newman Independent reporters may have which might have an affect on their reporting of the actions of the Shiloh School District Board.

For starters, Tay Smith reported on things that were reported to Gary Henry, as verified by Dana Hales when I talked to him about it. The conflict that should have been reported was that Gary Henry's wife, Renee Henry, is a member of the  Shiloh School District Board (see screenshot below). She is also the Librarian for the Newman Regional Library District (according to her Facebook page). Don't you think the readers of the Prairie Press would be interested in how reporting on this public body may be tainted due to this relationship?

Second, Mr. Dana Hales, Shiloh School Board President is in business with his wife as publishers of the Newman Independent newspaper (see screenshot below). Another issue leaving people wondering if truth is actually being reported, or if the reporting is tainted by the close relationship between school board members and local newspapers. Not to mention the fact that the board advertises and tenders payments to that same newspaper (proof) creating a potential conflict between Mr. Hales and payment of the bill. 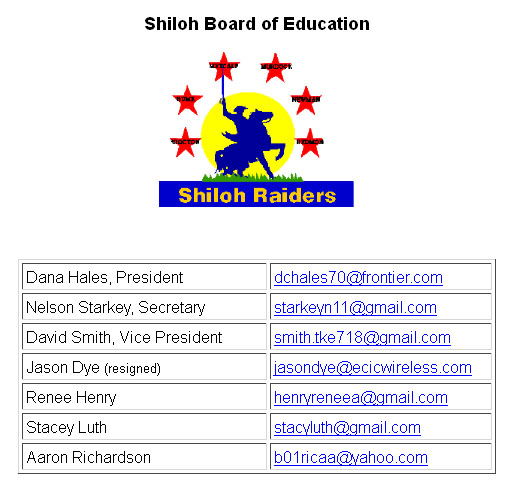