It has been reported to us that this wind turbine in Pilot Township Illinois, which is owned by Invenergy, has not produced electricity since May of 2014 after lightning strike(s) caused near-irreparable damages.  Six months later, Invenergy is finally making repairs.
-
The size of these cranes indicates that the turbine blades will be replaced.  There are 3 cranes currently on site.
-
So far, Invenergy's Vermilion County project has experienced 2 catastrophic blade failures were the blades crashed to the ground.  This is the third turbine which required blade replacements so far since November 2012, when construction of the project concluded.
-
With these turbines being less than 2 years old, we wonder how many more will need to be replaced. 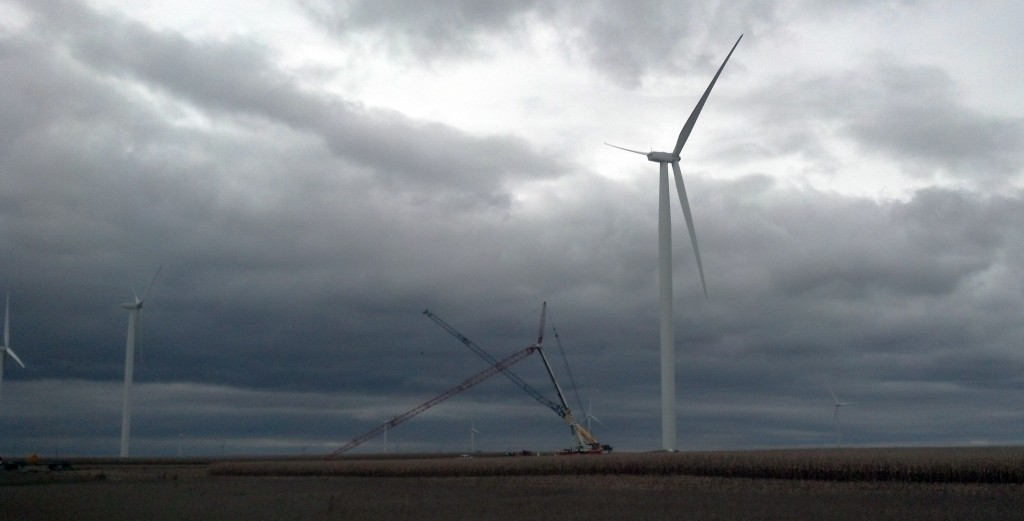