I pray this is one big false alarm. However, if it’s not and this turns out to be a path taken by Governor Quinn in order to get out in front of yet another colossal failure for political gain, I am afraid we have a lot more to worry about!

Thursday October 16th, 2014 – late afternoon – Phone calls roll in to us with claims we have a confirmed case of Ebola in Illinois.

After the third report, which were consistent with the previous two, I started calling my sources within the healthcare community.  It didn’t take long to get confirming stories.  In fact, one county board chairman confirmed the information was also shared with him by their health administrator.

Quinn Administration encouraging secrecy in matters related to our health and safety!

After speaking with a county health administrator it was clear that all those informed of this case on Thursday were given explicit instruction that the information is NOT to be shared because Illinois Department of Public Health (IDPH) is going to inform everyone on Friday during a 2:30 Press Conference.

I contacted my State Representative to find out if they have been advised of the situation and he had heard nothing.

Friday’s press release from IDPH makes many disturbing claims that should concern each and every person in this state.  (Click here for copy of press release)

Is that so?  Does anyone else see a problem with that statement?   Considering we have a director of Public Health in this state, shouldn’t this have been something that should have been done weeks ago without having to be told by the Governor, or was it already being done and the Governor used this as another political stunt to impress voters?

Oh really?  Any hospital?  Are they serious?  ANY hospital can isolate a patient in a private room and care for the patient?  Does anyone in this state believe such a claim considering what we have seen in Dallas over the last week?

Saturday morning I drove to Springfield, and was informed by a source that the Ebola case they were told about Thursday the 16th was in Will County, near Kankakee, Illinois, and that the information was shared with state health administrators and county health departments.  So far we have confirmed this communication through a county health administrator but they would not disclose the location because of orders from IDPH to keep this whole matter secret.

We received a call from our local health department that claimed there was no case, which was in direct contradiction to other reports from what has proven over the past to be reliable sources.

My Springfield contact stated that it was clear Thursday we had a case in this state and that information was shared to include instructions that the information not be leaked as IDPH would let the public know the next day.  This source also confirmed what was described as chaos in the office Friday morning and they were shocked to hear that a now claimed “mistake” was made and the person just had the flu.

Saturday afternoon I get a call from my State Rep and was informed that the Governor is going to have a conference call with all the legislatures and staff on Monday.

I pray that a simple case of the flu is all that took place, however, there are too many concerning claims and instructions in this case to have any confidence in that position.

People’s lives are being impacted across this nation with the Ebola outbreak and the negligent handling of it by our Federal Government.  We don’t need more of the same in our State Government either!

Again, I pray this was nothing but a massive mistake, however, the track record of this administration provides little hope for that to be the case.

Our prayers go out to all of those impacted by this deadly virus and may God help us if we find out our own Governor was a party to keeping this event a secret from the public.  I pray that is not the case! 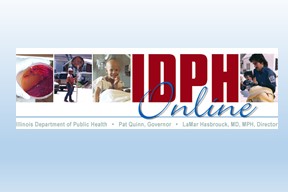