LITERALLY BUSTED AT COLLEGE OF DUPAGE—Chairman of the Board Erin Birt’s half-truths, misrepresentations, and track record of deception:

While the President of The College of DuPage (COD) pulls down nearly $500,000 in compensation/perks and tens of thousands in private shooting club payments, the taxpayers might wonder what type of a board permits such lavish expenses; expenses that on the surface may appear legal, however when cross referenced with state statute they clearly are not. (Article VIII, Section 1(a) of the Illinois Constitution, “Public funds, property or credit shall be used only for public purposes.”)  The most recent scathing report on COD was published in Forbes Magazine (Click here to view the report) with National Review following up with a piece. (Click here to view that article).

Considering all this is happening under the supervision of elected trustees on the College of DuPage board, we did what we always do when this kind of thing raises its ugly head; we filed Freedom of Information Requests (FOIA). We investigate public officials and establish fact patterns—patterns that establish the good or the bad.

The first FOIA was to the Glen Ellyn Police Department for the mug shot of the current COD Board Chairman, Erin Birt. Why? She had been arrested for an offense that she has recently referred to as a “violent criminal offense”- when others are arrested for it! (Click here for snap shot of her YouTube video) 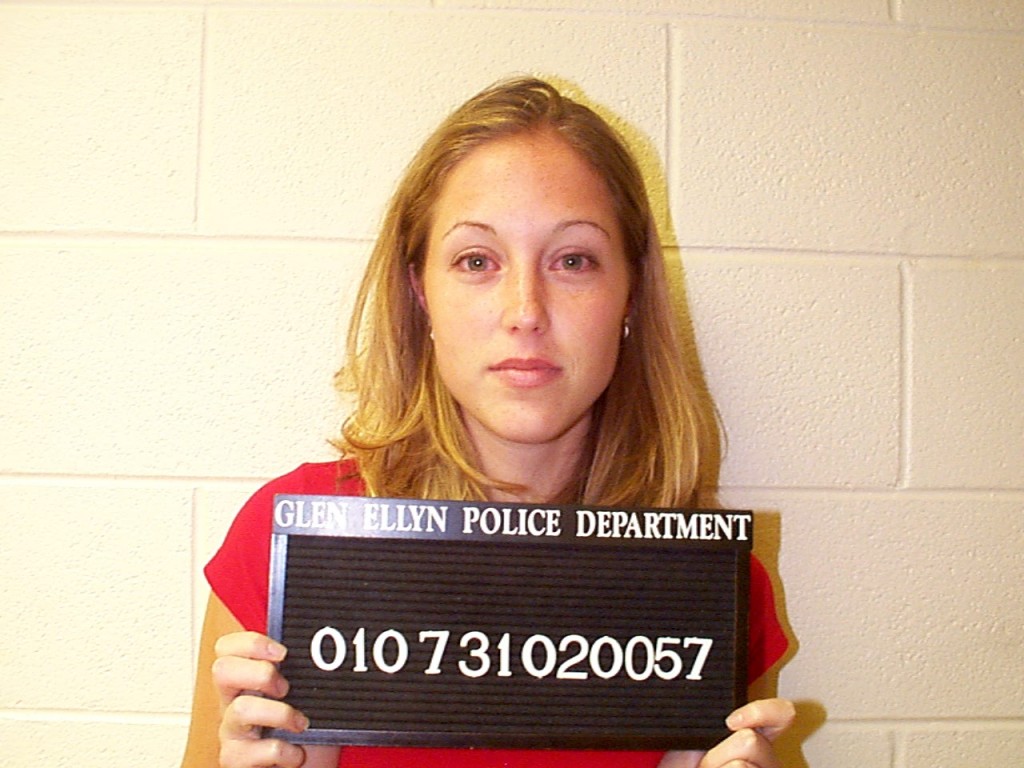 At Illinois Leaks, get to know the real Erin Birt:

During Mrs. Birt’s run for COD trustee, the Daily Herald ran this candidate questionnaire.  More often than not, it is what a person doesn’t respond to that points us in the direction of our investigations. In this case, oh was it telling!

Had the public been told the “whole” truth would she have been elected? The citizens of DuPage County will never know because this public official failed to tell the public about her past, yet wanted their votes. Now before anyone jumps on this bandwagon and says that something which occurred 13 years ago is not news, let us just say in most cases we agree, provided candidates are truthful and don’t misrepresent their past.

Was she obligated to do so? That’s a question only voters can determine. Thanks to our investigation, now, all COD stakeholders will at least have the facts and will be able to see that the misrepresentations, half-truths, and outright lies are a chronic pattern of behavior of this current COD Board Chairman!

To us, no response to that Daily Herald questionnaire is a red flag!
Time to wave the flag!

(Click here for the entire court record on Mrs. Birt)

Birt Misrepresented Application to DuPage County Board in 2011

Erin Birt made application and sought appointment to the DuPage County Board in 2011. Birt’s explanation of her conviction reflects more half-truths. The explanation for her “reckless driving” conviction was that it happened before graduating law school, as if that is supposed to mean anything or be dispositive. Why did she fail to inform the board that the conviction was in fact after her college graduation? Why did she fail to tell the county board that she was charged with two counts of DUI? Why did it take our FOIA pressure for Birt to take the new path of openness during the last COD meeting all while claiming she has always been open about things?

I must say I was surprised to see that she sold friends and family members under the bus by acknowledging “they” are the ones with an addiction or substance abuse problem, not her.  (see Birt’s mea culpa video at July COD meeting below)

And now the defenders will scream that she was never convicted for DUI. That is correct and we never said she was convicted. But it is fair to ask how a person with a BAC of .149, almost twice the legal limit, gets out of two counts of DUI.

Erin Birt, How did you get out of the DUI?  Can you tell us the truth?

We said she was arrested for it, charged, and plead to a lesser crime but this report is not about her stupid and violent criminal offense (again, her words describing the DUI of others) that she got out of. No, it’s about her character, accountability, honesty, and integrity, or should I say lack of, as the record reflects she has become an expert at deception and misrepresentations during her time in public service.

More Erin Birt Resume Deception to DuPage County Board in 2011

Seeking appointment to the County Board seat, Birt claimed she possessed the quality of “fiscal responsibility” because of a reduction in the annual budget while serving on the Community Relations Commission in Wheaton, Illinois. But, it’s the city council that passes budgets, not an unelected, volunteer, citizen community relations commission! In fact, review of their own minutes and agendas don’t reflect any vote of any kind pertaining to a budget reduction by the commission she was a part of. (Click here for link to the community relations page with minutes and agendas)

During the last COD trustee meeting in July, Ms. Birt, obviously tipped off about our FOIA to the Glen Ellyn police department , thought she would get out in front of her “violent criminal offense” and come clean. Her comments should raise serious concerns for the people of DuPage County.

Birt claimed the attention the board has been getting recently has been “threatening”, but she failed to present one shred of evidence to support that claim. But, this is how Erin Brit operates— her pattern of behavior belies many misrepresentations and lies over the last 13 years.

Here’s what’s stunning: the fact a public official elected by We the People thinks anyone questioning her actions as a board member is automatically “threatening.” In fact, she even stated that it’s not only “threatening” but that all the recent attention is inappropriate and unfortunate (see video above). When public officials use their position of power to talk down to the citizens it’s high time for people to wake up!

Gov. Quinn recognized the misrepresentations of this board’s actions. Last month, Quinn suspended all future capital funding to COD because he said “We have no tolerance for any misrepresentation of how funds will be used” (Click here for article with quote from Gov. office).  So you know it’s bad at COD, because Quinn is certainly no paradigm of probity.

In Birt’s mea culpa statement, she continued in her misrepresentations with a false accusation that those digging into her past (me) are doing so because of a personal or political agenda. What is telling is she knew someone was digging into her past which could have only come from the Police Department informing her. Sadly for them, the police redactions in an effort to protect her only show how bad it really is in this state. When a police agency violates the law to prevent the public from viewing a police record of another public official we know it’s bad! More on their actions in another article!

The whopper in Birt’s meeting rant however, is her misrepresentation that those digging into her past are doing so in an attempt to intimidate her. I take full ownership as the person digging into her past. And, Erin Birt’s mistaken… she should simply tell the truth to voters and stakeholders. Here is our sole motivation…

It is about truth; the truth has no agenda.

Comments she made in her attack on those looking into her actions was to minimize the importance of Blogs. “When you write on your little blogs and try to confront me about it….”) (see above video).  The way she said it was another example of the arrogance this person has and the need for self-importance.  Little blogs?  I only mention this because she herself promotes blogs on her own web site so we can only wonder what type of blogs are acceptable to her?  Based on her comments we can only assume only the blogs that don’t share the truth about her!   (Click here for snap shot of her web site)

Can We the People Trust Anything Erin Birt Says?

Birt claimed ownership of a project to reduce financial waste. Is she serious? If she was, then maybe she could explain the $26K of financial waste for the President’s private hunting club? Or the fudging of enrollment figures to suggest a “need” on a new $30- $50 million building after spending $550,000,000 since 2009 on construction?! How about the nearly $500,000 in annual compensation and payments to college President Robert Breuder last year?

One need only look at the people in the position of leadership to establish a pattern. A pattern established by looking back many years, which many have complained about.   None  have ever proven us wrong on the facts we uncover with this type of review.

After looking at thousands of records of public bodies and attending hundreds of meetings in both a visitor and official capacity, I can say the pattern with this person is that of a delusional public official that has become self-absorbed in her own ego and power instead of actually doing what she claims she is doing.

Now, all sinners, myself included, deserve a second chance and sometimes, even a third. Redemption is one of the foundational features of the rich Judeo-Christian heritage of this country, but when an individual continues to display a consistent pattern of deception, omission and duplicity over a period of the past 13 years of her life, one wonders if any lessons have been learned.