VERMILION CO. (ECWd) -
Vermilion County Assistant State’s attorney confirms our assessment that a vote should have taken place during the filling of a vacancy on the County Board and has assured us such action will be corrected at the next County Board meeting.
.
Chad Turner was nominated by the Democrat party to fill the vacancy for District 5. That nomination was forwarded to the County Chairman who makes the appointment, which is within his authority as the County Board Chairman, however no vote was taken.
.
Under the Illinois Election Code (10 ILCS 5/25-11) when a vacancy occurs in any elective county office, or in a county of less than 3,000,000 population in the office of clerk of the circuit court, in a county which is not a home rule unit, the county board or board of county commissioners shall declare that such vacancy exists and notification thereof shall be given to the county central committee or the appropriate county board or board of county commissioners district committee of each established political party within 3 days of the occurrence of the vacancy. The vacancy shall be filled within 60 days by appointment of the chairman of the county board or board of county commissioners with the advice and consent of the county board or board of county commissioners.
.
With no vote there is no documented consent. I spoke with Mr. Donahue after the meeting regarding this and he apparently didn’t understand my question, which was doesn’t the county board have to vote on the appointment made to fill the vacancy of a county board seat? He was under the impression the action taken was proper.
.
Upon further research I sent him a copy of the statute and requested clarification. (Click here for copy of e-mails sent).
.
I received a response the same day, which I appreciate, and it is evident that a correction needs to be made. (Click here for response from Assistant States Attorney).
.
It appears the word “consent” is vague so let’s look at the basic definition from Blacks Law Dictionary.
.
A concurrence of wills. Express consent is that directly given, either lira voce or in writing. Implied consent is that manifested by signs, actions, or facts, or by inaction or silence, which raise a presumption that the consent has been given. Cowen v. Paddock, 62 Hun, 022, 17 N. Y. Supp. 3SS. Consent in an act of reason, accompanied with deliberation, the mind weighing as in a balance the good or evil on each side. 1 Story, Eq. Jur.
.
How do you know if you have a concurrence of wills? You can “assume” you have that if everyone stays quite but you don’t know, thus you can’t state as fact you have a concurrence of wills without some type of confirmation.

Express consent is done by voice or in writing.

The fact that not a single board member disputed the appointment can be read to be an implied consent which raises a presumption that the consent was given however when doing the people’s business we all know that a “presumption” is not the legislative intent when it comes to filling vacant elected seats.

Although this may seem to be a trivial matter rest assured it’s not. When public bodies are allowed to do things the way they want instead of the way they are supposed to be done we can quickly fall further and further from the foundation of our government, which is a Republic.

Thank you Mr. Donahue for agreeing with our interpretation of the law and thank you for taking the appropriate steps to correct the inaction with action. 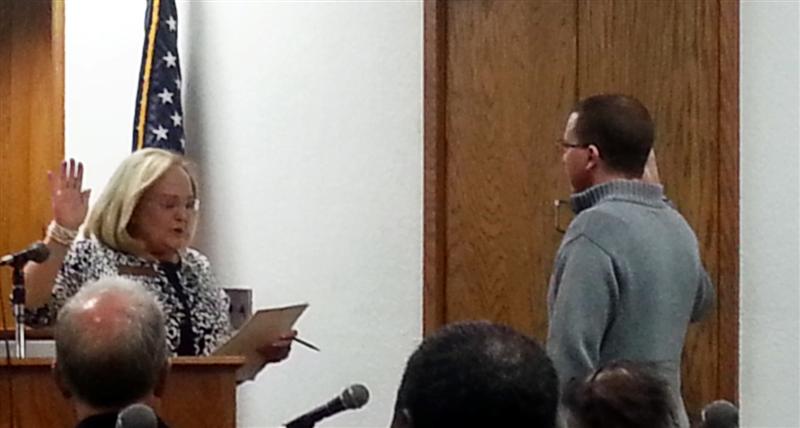