What's He Hiding? We'll Show you!

ECWd's - 11oth  State Representative Race
When a person steps up to run for political office most would agree it's the citizens right to not only demand answers to questions about them as a person, but we also have a right to the person's discipline records within the confines the law permits if they were a public sector employee.
I also believe most would agree that when a Sheriff wants to take the leap to become a State Representative he should expect to come clean on his past and not cover it up, which appears to be the pattern with a couple in the current 110th State Representative race.  Sadly, Coles County Sheriff Darrel Cox chose the path of concealing it, which happens to be behavior he has been disciplined for in the past.

In a Freedom of Information Request (FOIA) I asked for all of his disciplinary records.  The response was quite telling considering he wants peoples votes.  The referenced discipline file they provided earlier is here.
Yes, it happen some time ago, however please note the pattern of behavior because there is clearly a problem.  He was disciplined for his on/off duty conduct AND "withholding information" .
The on/off duty conduct issue involved two physical altercations, that in most cases a responding law enforcement officer would be arresting someone for battery, but in this case Deputy Cox withheld that information in violation of the established Rules of Conduct and Rules of procedures.  Is this an example of the problem we see with some of our law enforcement?  The law doesn't apply to them?  It is also a problem with many of our State Representatives - let's not forget the infamous Roger Eddy.
What makes this so disturbing is the citation they referenced in the FOIA response was deemed unconstitutional by the Illinois Supreme Court in this case  and was referenced in one of the Merit Board transcripts (line 19-23)  that involved then Deputy Cox's discipline. He was punished for his violation of his contract, which was calling in sick when in fact he was not sick.  He was having a gay old time at the bar with the gang throwing back the beers, of which he got caught lying under oath about that as well.  I covered that in this article.
I forwarded the citation from the transcript in hopes that he would do the right thing and let the public know the truth, but we have not gotten a response so it's clear, the pattern of behavior with Sheriff Cox is to "withhold" information, just as he has in the past!
That being the case we had to resort to other legal means to get the records, and we did get ALL the records and they will be part of numerous articles exposing the Real Darrel Cox.

If a potential State Representative is punished for withholding information, continues to conceal records contrary to state law, lies under oath, and violates his contract repeatedly, why on earth is anyone supporting him?

Stay tuned for more Sheriff Cox exposure that might be worthy of a movie!

Here is the IL. AG's Binding Opinion on the subject of disciplinary records of public employees. 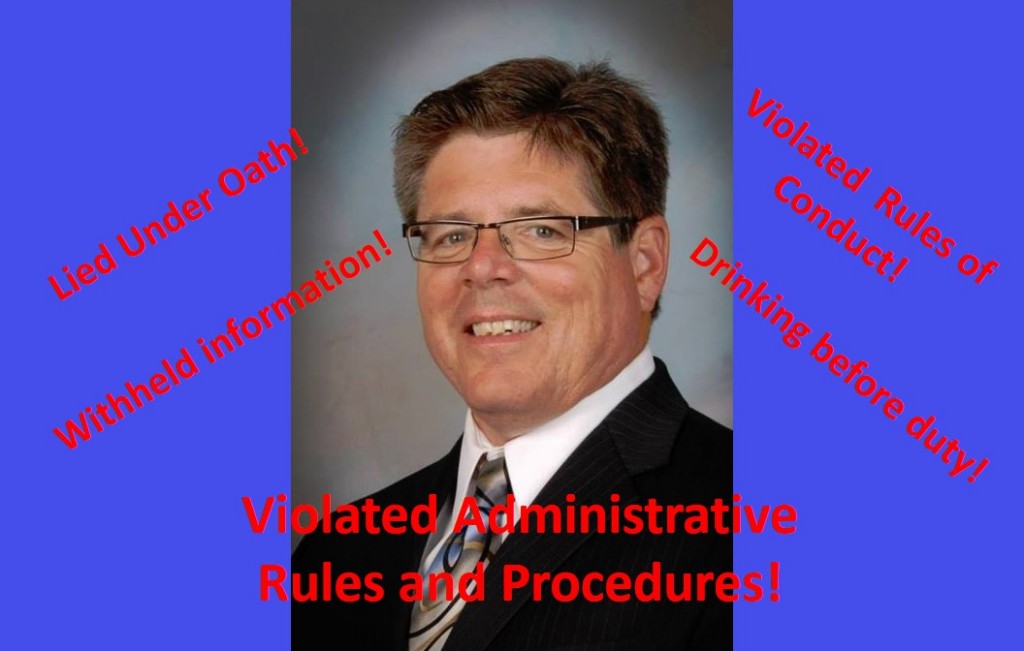