COLES CO. (ECWd) –
CORRECTED: Former Coles County Public Defender, Lonnie Lutz, has been disbarred from the practice of law in his third disciplinary hearing since 2007. What stands out here is that this is the SECOND time he has been disciplined since 2008, with a third one dismissed, and was still employed by the county to act as a Public Defender. Is this the quality we should expect from Public Defenders?
This leaves remaining questions. Will the Coles County State’s Attorney request a Special Prosecutor to charge Mr. Lutz with the crimes it is alleged he committed? Does he draw a retirement from his Public Defender duties? Will a conviction forfeit that retirement?

IN THE SUPREME COURT OF ILLINOIS

STATEMENT OF CHARGES
PURSUANT TO SUPREME COURT RULE 762(a)

Jerome Larkin, Administrator of the Attorney Registration and Disciplinary Commission, by his attorney, Denise Church, states on the date Lonnie L. Lutz (hereinafter “Movant”) signed a motion to have his name stricken from the Roll of Attorneys who were admitted to practice law in Illinois, Movant was the subject of a complaint pending before the Hearing Board, charging him with battery, over-reaching the attorney-client relationship, and conduct prejudicial to the administration of justice. Had that case been the subject of a hearing, the Administrator would have introduced the evidence outlined below, and that evidence would have clearly and convincingly established the conclusions of misconduct indicated below.

Testimony of Movant’s former clients “Client A”, “Client B”, and “Client C”, of “Witness 1, “Client C’s” boyfriend, and of Witness 2″, “Client B’s” former boyfriend, would establish the following:

2. On July 26, 2010, Movant was appointed to represent “Client B” in a pending criminal case in Coles County relating to charges of theft over $300. Movant asked “Client B” to come to his office on Saturday, August 14, 2010, for an appointment. After “Client B” arrived for the appointment, Movant placed his hand on her legs and rubbed her leg slowly. He also rubbed her neck and shoulders. As “Client B” was leaving, Movant hugged “Client B” closely. “Client B” filed a police report that same day, and Movant later withdrew from her case. No criminal charges were filed.

3. On August 13, 2012, Movant was appointed to represent “Client C” in a pending criminal case in Coles Count, relating to charges of theft. Movant asked “Client C” to meet him at his office on Saturday, August 18, 2012. After “Client C” arrived at Movant’s office, he asked her personal questions about her relationship with her boyfriend, and touched her face. “Client C” told Movant she felt weird about him touching her face. “Client C” left the office. After “Client C” missed a court date on August 27, 2012, Movant told her he had covered for her, and that “there are different ways to pay me back.” Following a hearing on September 4, 2012,

B. Conclusions of Misconduct

4. The evidence outlined above would establish that Movant has engaged in the following misconduct:

———————————-
In an update to this, LUTZ was allowed to strike his name from the list of attorneys licensed to practice law in the State of Illinois.
———————————
He had previously been disciplined with a Reprimand from the Attorney Disciplinary Committee in 2008.
Another complaint was dismissed in 2007.
UPDATE: The 2002 report was not the attorney in this article so I deleted that reference.
Here is the short version of the others from IARDC.org: http://www.iardc.org/ldetail.asp?id=841867520 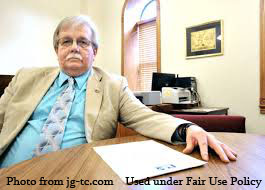