According to ClickGreen - GreenWeek Magazine's November 22, 2013 Issue, UK wind farms were put on alert after a series of turbine blade failures in the United States - We reported on one of those failures occuring last week in the California Ridge farm (past articles here, and here) operated by Invenergy in Vermilion County, Illinois. Another failure this week was in New York State.

The blade manufacturer, GE, has confirmed it has launched an investigation into the 1.6 - 100 turbines that failed. The same model is used in the UK. 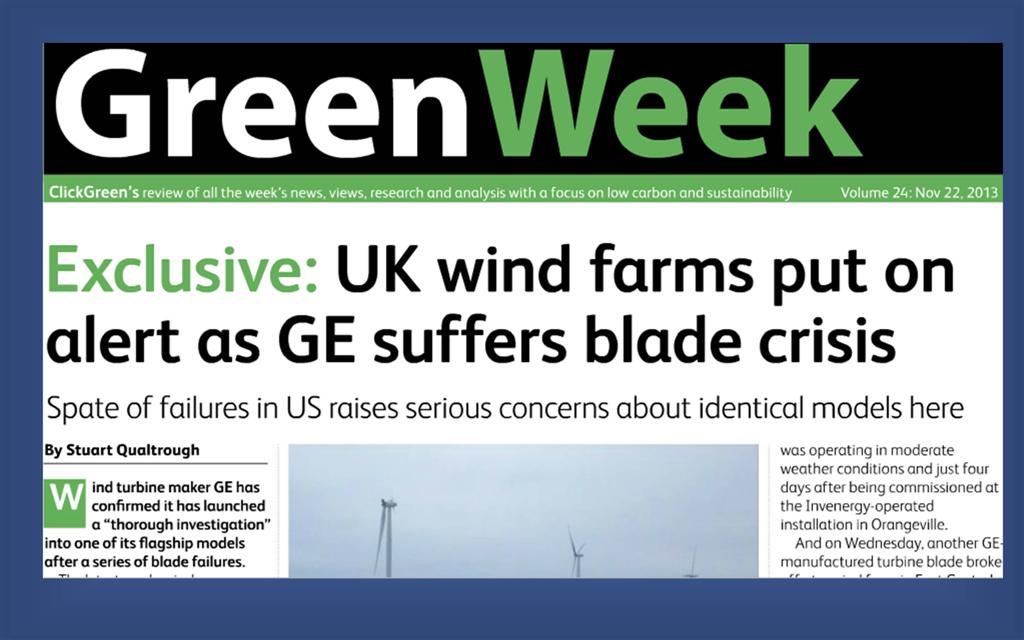