As reported in the North American Windpower Magazine:

GE has begun investigating another blade break involving its 1.6-100 turbine and 48.7-meter blade, this time at Invenergy's California Ridge wind farm in Illinois. In addition, reports of other recent GE blade failures have surfaced, and the turbine manufacturer says it has notified a group of customers that might have affected blades.

GE went on to state: Overall, Theile explains GE’s so-called suspect population represents about 1.5% of its total blades in the company's wind turbine fleet of more than 22,000. “It’s a very small portion of our blades in the grand scheme of things.”

---  Photo is from the turbine failure in Invenergy's California Ridge Wind Farm in northern Vermilion County. 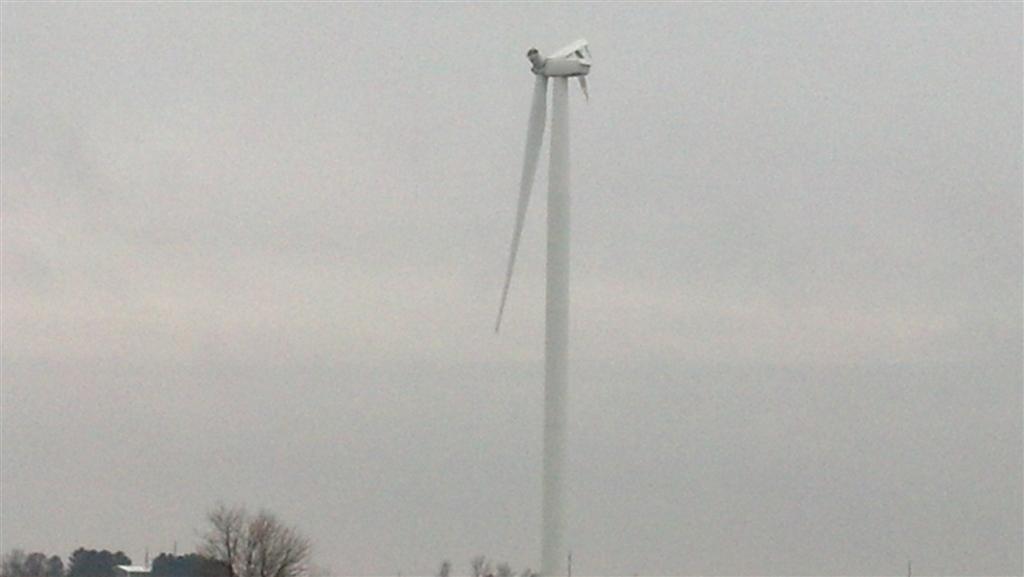