Amending the Law – The Legislative Process

Roughly two years ago we were able to make the case to the County Board that the taking of Administration Fees was an act not allowed in the County Code.  It took over 9 months for them to cut the ties to that illegal act but it finally stopped.

The Admin Fees are no longer being taken, but considering over $125,580.00 was removed from their County Fund because they were finally following the law it became clear, they needed to change the law.

So what is the process to make that happen?  It’s actually pretty straight forward and depending on the bill it can be amended pretty easily.  In this case, the State’s Attorney drafted an amendment, which we understand was as follows, and can be viewed on line here.

“The county board of any county that has not enacted the Property Tax Extension Limitation Law may by ordinance authorize the county treasurer and the county clerk to charge a reasonable administration fee to county agencies that do not receive funds from the general fund of the county. An “administration fee” means the administrative and processing costs associated with providing services to county agencies including, but not limited to, payroll, insurance, general accounting, audits, and pensions.”

Upon the drafting of the language it is then submitted to the Legislator, who then files it with the Secretary in the appropriate chamber. From there it goes though an assignment process which leads to more review and study.

Prior to this amendment being submitted I was asked over the phone by Jeff Voigt if I had any issues with the process he was following to enact a legislative change.  As I told him then, If you’re going to do it right, which is through this process, I fully support the process.  I did share concerns based only on verbal information shared about the bill that it would be a violation of our Illinois Constitution for Admin Fees to be taken from the ETSB (911) because their funding comes from fees and the Constitution is clear on the Prohibited use of Fees.  Mr. Voigt agreed.

(a)  Compensation of officers and employees and the office expenses of units of local government shall not be paid from fees collected. Fees may be collected as provided by law and by ordinance and shall be deposited upon receipt with the treasurer of the unit. Fees shall not be based upon funds disbursed or collected, nor upon the levy or extension of taxes.

I was assured that ETSB would be exempt as he agreed it would violate our Constitution.

Upon the bills’ first reading, I was for the first time able to review what was actually submitted.  Several concerns jumped out at me when I read it.  First off there was no language relating to ETSB, and in fact the way it was worded it would in fact lead people to understand that they could in fact charge ANY  county agency that does not receive funds from the general fund of the county.  If they did not know what the Constitution said about this action, we would again have action taking place in direct violation of the law.

As in this case, it’s clear, not surprisingly,  Mr. Isaf didn’t know the bill he drafted was in conflict with our State Constitution.

I forwarded the following information to Senator Rose who they had submitted their proposed amendment to.

For those reasons listed I believed passage of that amendment would violate our Illinois Constitution and should not go forward.

In a less than a month I was contacted by Chapin Rose who had received my information and on the surface he agreed with my assertions but naturally wanted to have the appropriate legal background done to make sure I wasn’t missing something as there is quite a laundry list of laws and case law to review before a bill ever moves forward. That is exactly how the process works and I support that process as it is key to the passage of new laws.

Upon completion of that work I was notified by Mr. Voigt and Senator Rose this past weekend  that the bill was pulled because it did in fact conflict with the Constitution, or at least enough so that they were not comfortable taking it forward.  My hats off to Senator Rose in his handling of this situation and his legal staffers who reviewed the bill for Constitutionality prior to becoming law!

If more of our leaders in Springfield would do this I think we could solve a whole lot more of our financial problems in this state!

I believe this determination has tremendous ramifications to a lot of counties in Illinois.  You see part of the verbal justification for this bill by our County Board was the fact that virtually every other county in the state is already taking admin fees, just as was ours, as if it’s OK to break the law if everyone else is!

Not only were we able to stop the illegal taking of those fees, we proved new language to amend the County Code was enough of a conflict with our State Constitution that the legislators in Springfield agreed it could not go forward as an amendment to the County Code.  If it’s enough of a conflict to not enact as an amendment is it any less important to demand those counties taking those fees to stop the illegal act?  Illegal because if it was legal they would have never needed the amendment!

Is it possible that Edgar County could be ground zero for doing the right thing by not taking Admin Fees from divisions of County Government? 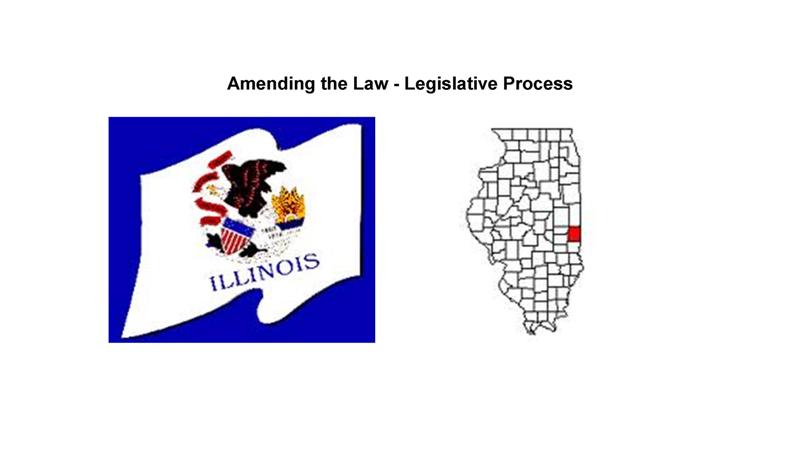