In yet another strange twist of events we found out today that the Edgar County Highway Meeting scheduled for Monday morning at 9 am has been cancelled.

I was advised by a board member that Chris Patrick called them last night and said he had spoken with Aaron Lawson, County Highway Engineer, and that he (Aaron) didn’t have anything for them so he cancelled the meeting.

It wasn’t clear who “he” is that actually cancelled the meeting, Lawson or Patrick?   A county board member can’t just up and cancel a meeting on their own, and I know in the past Ben Jenness has made it clear the highway engineer doesn’t have the power to cancel it either, so the question now is, who cancelled the meeting and the bigger question, why?

Why because we know the state has put their foot down and demanded the issue of Chris Patrick and his Conflict of Interest be resolved, which so far is being ignored by just about every board member as well as the State’s Attorney.

We are awaiting on a copy of a letter that Craig Smith sent IDOT regarding his client’s situation.  The client?  Chris Patrick!

So how is it that a private attorney is asking IDOT questions pertaining to an elected official?  If there were questions needing clarified why didn’t the State’s Attorney send those questions?

Is it possible that Mark Isaf already KNOWS there is a conflict of interest and has advised Chris Patrick to get a lawyer?  We don’t know for sure but we find it very odd that a State’s Attorney is sitting on the sideline on this matter and not taking a leadership role to resolve a conflict of interest that even law professors in other parts of the state see as a blatant disregard for the law, as does the Office of Chief Counsel for IDOT!

Knowing there are at least 20 families that are facing lay-offs if this matter is not resolved does anyone else find it strange that there is not going to be a highway meeting?  I don’t think one of these meetings have ever been cancelled in the 2+ years I have been covering county issues?

Did Chris Patrick get his feelings hurt because every board member spoke out against him during the last highway meeting?

Does he think by not having that meeting he somehow is in compliance with his fabricated position that not being at a meeting somehow changes the law?

Only time will tell but we must ask, how long will we continue to kick the can and keep so many people on the edge not knowing if their next paycheck is their last?

There appears to still be a scheduled County Board study session at 9:30 am  on Monday the 11th of this month.  Knowing over a million dollars of Tarp money is in jeopardy thanks to Chris Patrick and his actions, it should prove to be an interesting meeting considering he is not suppose to be involved in any discussions about those matters.

I plan on raising issues pertaining to the expenditure of $82,218.00 related to Land Acquisition Engineering Project Fees for Cheatham, Tucker, Patrick and Dyer parcels at the airport.

For those that didn’t know, Chris Patrick is currently shown as the owner of two properties connected to the Airport that appear to be part of a long term expansion plan.  Isn’t that convenient for Chris Patrick?  Sit as Chairman of the Airport for 25 years and be a part of all the expansion plans giving him first hand knowledge of all future projects, and then end up acquiring land that will be part of that expansion.  Boy how things are coming together!

And as if that is not troubling enough, the Edgar County Airport, which was under the command and control of  Chris “Napoleon” Patrick all of 2012 should be proud to see they came in OVER budget!

I wonder if the “office clerical” might have had anything to do with that?  You know, that office worker that Chris Patrick is apparently living with!

I wonder how he comprehends that portion of the statute that outlines “no person holding office may be in ANY MANNER financially interested directly in his own name or indirectly in the name of any other person” and how it relates to his relationship he has with Lisa Gill?

Is he indirectly, in the name of another person, financially interested in any manner that he is called to act or vote on?

Most with a 5th grade reading comprehension would agree the answer to that question is YES!

You truly can’t make this stuff up! 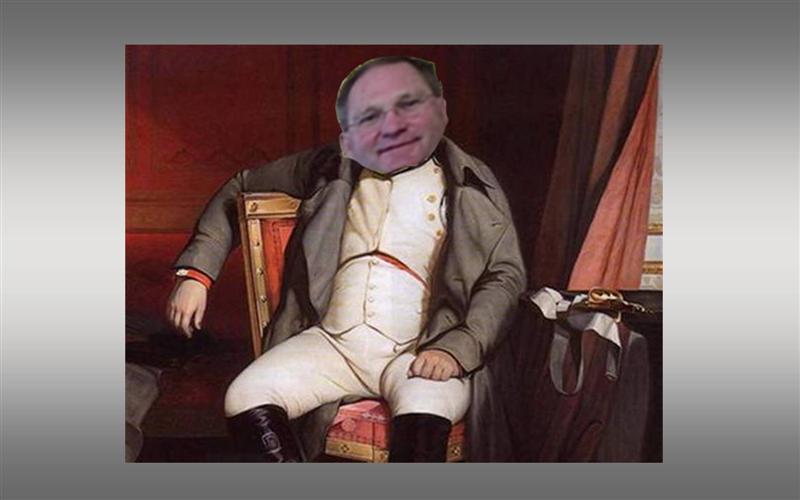