In commenting on a Federal penal statute in which a contract was declared unenforceable the following text was expressed by the US Supreme Court, emphasis added!

"The statute is thus directed not only to dishonor, but also at conduct that tempts dishonor.  This broad proscription embodies recognition of the fact that an impairment of impartial judgment can occur in even the most well-meaning men when their personal economic interest are affected by the business they transact on behalf of the Government.  To this extent, therefore, the statute is more concerned with what might have happened in a given situation than with what actually happened.  It attempts to prevent honest government agents from succumbing to temptation by making it illegal for them to enter into relationships which are fraught with temptation. Rankin V United States, 98 Ct. Cl. 357 – US v Mississippi Valley Co. 364 U.S. 520,549, 551, 81 S. Ct. 294, 309, 5 L.   -  Honorable Albert Kennedy - 6"

It comes back down to the most basic principal commonly referenced with conflicts of interest situations.

Avoid even the appearance of impropriety!

Chris Patrick should have removed the potential conflict before ever accepting public office!  He did not so in the interest of what is right most would agree he needs to resign immediately as a Conflict of Interest that goes unchecked violates our laws.

I have shared this information with the appropriate agencies as well and I'm confident that those in the position to uphold the law as intended will in fact do so. 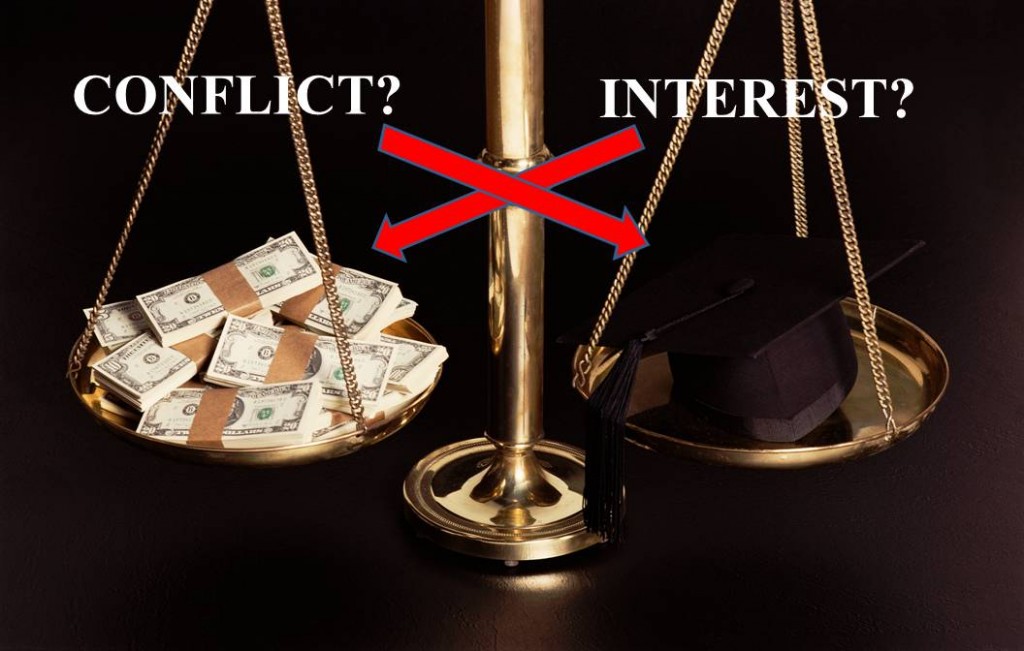