With his day of judgment swiftly approaching, former Edgar County State's Attorney Michael McFatridge's petition to the United States Supreme Court for a writ of certiorari was DENIED on January 22, 2013.

The writ of certiorari in this instance was asking for the United States Supreme Court to review the opinion that McFatridge did not have immunity in the Whitlock lawsuit.

This stems from the wrongfull conviction suits of Steidl and Whitlock.

This means the case "should" finally make its way to court in next month.

Supreme Court Order is HERE - look at the bottom line on the first page. 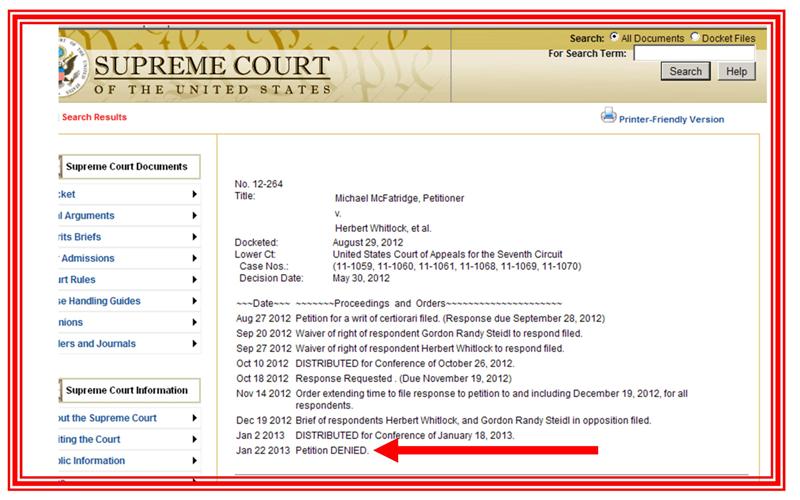