Why is it that there are politicians who want to prevent… law abiding citizens from protecting themselves or their families against threats of violence? Why are we not holding those accountable for the evil they do with the same vigor they go after gun right advocates?

The Second Amendment reads: “A well-regulated Militia, being necessary to the security of a Free State, the right of the people to keep and bear Arms, shall not be infringed.” These words have generated much controversy as part of the debate over gun control. Supporters of stricter controls generally argue that the amendment was only meant to protect the combined rights of states in maintaining a militia. Their opponents counter that the amendment was intended to protect an individual right to protect their life and their family.

On June 26, 2008 the United States Supreme Court issued an opinion in the case of District of Columbia et al. v. Heller. In that decision, the Court’s majority stated “Putting all of these textual elements together, we find that they guarantee the individual right to possess and carry weapons in case of confrontation.” Citizens shouldn’t have to carry guns to protect themselves. However, criminals don’t follow rules or abide by the law when it comes to carrying a firearm in their commission of a felony or threatening your life.

“The Sheriff is the ultimate law enforcement authority in his county and in this country. He is not a bureaucrat and does not answer to one. He answers to his boss, the citizens. The Sheriff is the employee of the people and exists to serve and protect them in all matters.”

As Sheriff and an Illinois gun owner, I still support the concealment and carrying of legal firearms and will not enforce any Executive Order or law that is unconstitutional regarding legal firearms. 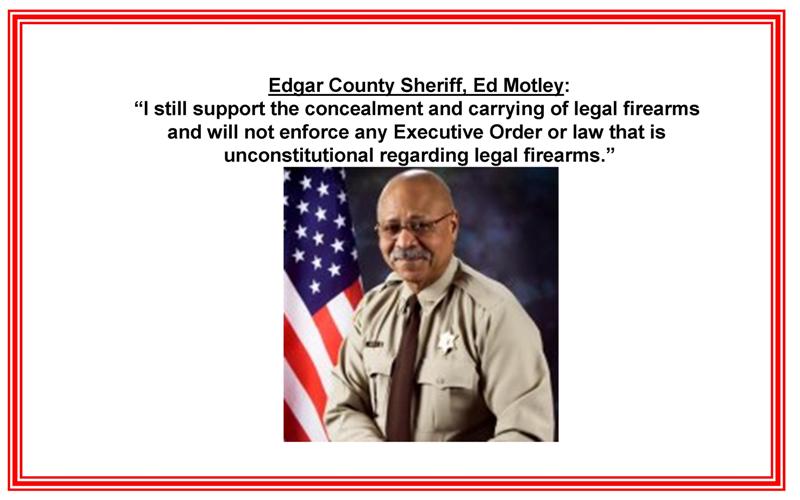