The Edgar County Board held a regularly scheduled meeting on January 9th at 9:00 a.m. in the courthouse. During this meeting they appointed Karl Farnham Jr. to the ETSB (911) Board for another term and hired a new ESDA Director. There was also a rather lengthy executive session (around 2 hours, we think) afterwards.

Other items of interest were:

Approved the transfer of $16,329.00 from the Probation Service Fee Fund to the County General Fund.

Approved the Oath and Bond and appointed Corey L. Phipps and Christopher S. Phipps to Commissioner of the Vermillion-Edgar Drainage District fo Vermillion and Edgar Counties.

Sheriff Ed Motley reported a deputy had been involved in an accident on his way to Indianapolis to pick up a prisoner. Vehicle was totalled and the deputy is OK. The insurance is paying for another vehicle.

I asked which Illinois Statute the county was operating the airport under. That most basic question was met with silence from every board member in the room. Do they not know which statute governs the Edgar County Airport?  Jimmy Wells, the “Airport Manager” doesn’t even know – how can he even hold that job if he doesn’t know the most basic law he is required to follow? Do they know, but do not want to acknowledge it, knowing the makeup of the airport board would not be within the statutoral guidelines – and that the rental income (farm and hangar) should go to and stay in the airport fund, not transfered to the county general fund?

The majority of the comments involved RSB Aviation and the lack of any response from the board. This subject will get its own article…

“You will know in the future” 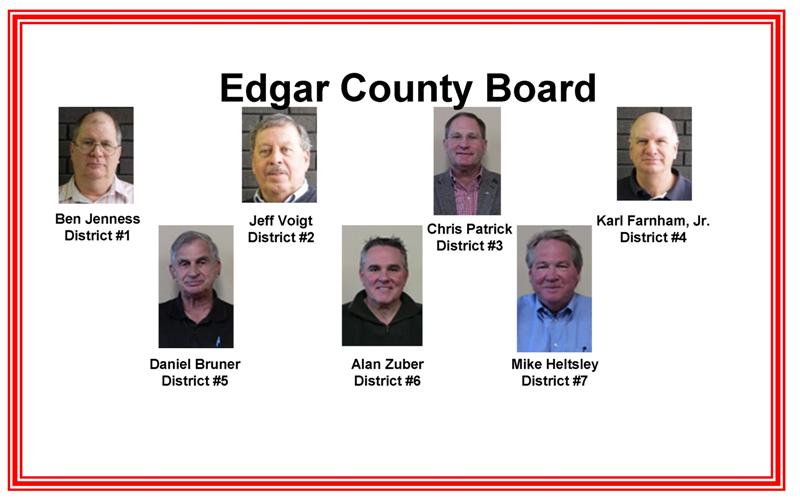