You probably remember this guy from previous posts, and in an interesting turn of events Mr. Wheatley presented the school board with a new 5 year employment contract he wanted them to approve. It consisted of a pay increase every year of the 5 year contract. As it turns out, this would have locked him into a retirement plan that the board didn't want any part of...some even refering to it as a  "Chicago-style retirement" plan.

When it came time to vote, it was unanimous with all 7 board members voting NO.

Since then, we have received numerous tips stating that Dr. Wheatley had taken his Christmas vacation early. He apparently left the morning of December 18, without requesting leave time, without notifying the board, and without putting someone else in charge for the 3 days left of school prior to their scheduled Christmas vacation.

What makes it worse is that not only is he the superintendent, he is also the high school principal. What kind of example is that setting for the students and faculty/staff of the school.

See The Writing On The Wall?

My prediction is that Shiloh School District will most likely be looking to employ a new superintendent after Wheatley's contract expires at the end of this school year. I just hope they put a little more effort in researching the background of the next superintendent.

This guy shouldn't be allowed to serve in positions that involve schools - but since he is "grandfathered" into previous law it is legal. I'm just wondering who the next "sucker" for a school district will be that will put this guy to work. 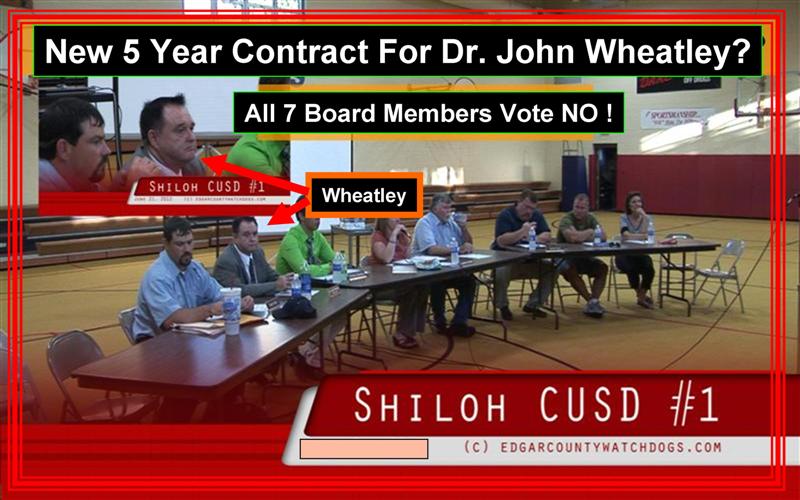