What Price is Too High of a Price To Pay?

Having lived in several countries for extended periods of time; some friendly and some not so friendly, I still remember the saying our Drill Sergeants taught us in basic training: “Stay Alert, Stay Alive!”

It is those four words that should stick in everyone’s mind in any situation; whether it is driving, working a construction job, and especially when teaching our children. Safety is always the number one concern – cost is not a factor.

It was only a few short months ago when I questioned our local schools on their policies of mandatory reporting and the fact that state laws say the individual with knowledge must report, while the school boards in Paris require notification of the school principal or superintendent prior to reporting. I voiced my opinion that their rule might cause a mandatory reporter to think twice about reporting for fear of retaliation – especially if it involved a relative or friend of a teacher, principal or superintendent – and I felt it was in direct conflict with the intent of the law, which is to allow a mandatory reporter to remain anonymous. Sadly, their policies remain the same.

Some things are unforgivable, some can never be forgotten, and most certainly can never be replaced. Every Christmas, every Birthday and every trip past the school brings back memories to the family of this 6 year old boy. This is a true story of what happened over 40 years ago on a school field trip to Georgetown, Illinois.

April 10, 1972 started off as any other ordinary school day for the students and faculty at Crestwood School. But this day would be different, and maybe a bit more exciting, since the EMH (Educatable Mentally Handicapped) classes were off to the Forest Glenn Preserve Park near Georgetown on a field trip. (Photo used with permission) 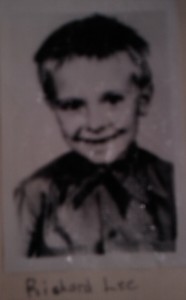 The details are somewhat sketchy, but sometime prior to or during lunch, a little 6 year old boy wandered away from the rest of the students. Nobody noticed he was missing until after lunch was almost over. In the chaos that followed, students, teachers, and emergency responders searched for him. Then someone noticed his coat and a partially-eaten apple lying next to a “small pond”, about 5 feet deep. 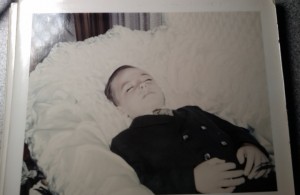 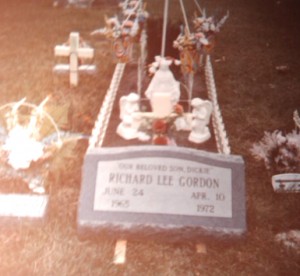 During the Coroner’s inquest, the teacher stated that a standard red warning sign was located near the pond, and they had showed students the sign within the past week at the school during class. That can be translated to “the student should have known better” – but we are talking about a six-year-old child, and special education student! Can anyone honestly say the student should have known there was danger? Whatever actually caused the child to wander off, the root of the cause is complacency.

Complacency. We are all guilty of it at one time or another, that’s why most auto accidents happen within a couple miles of where the drivers live. They get so used to the same routine, they quit thinking of the dangers that lie ahead. While complacency might be OK when only yourself is involved, it is not OK when you are charged with the responsibility of caring for children in our schools.

The definition I am using is: a feeling of quiet pleasure or security, often while unaware of some potential danger, defect, or the like;

Just a few short weeks ago, there was a 6 year old student on his second day of school. Sometime during that day, he wandered aweay from his classroom and ended up outside the school. He was outside, alone, for as yet an undisclosed amount of time. A teacher, from another class, saw him frantically pounding on the doors trying to get someone’s attention so he could be let back inside.

At home that night the mother of the 6 year old was becoming worried because her son kept telling her “I promise not to go outside anymore Mommy!” The mother was not aware of what happened at school that day. The next day when dropping him off at school, the mother asked his teacher why he would keep saying that to her. That’s when the teacher explained about him going out the door, but was quickly let back in. The principal was still unaware of the situation.

It took over a week for the parents to be “allowed” to watch the security camera video of the incident, and the chopped up video they were allowed to watch was longer than 8 minutes (according to the time-stamps). When the school gave them a copy of the video a few days later, more was cut out of it and the length was now under 3 minutes.

The parent has requested the school install some type of alarm system (similar to what Mayo School has) on the exterior doors that would alert school staff when an exterior door was opened. The school’s response was that is was too costly.

What Price is Too High of a Price To Pay?

This time the wandering child did not become a statistic, why not make sure it stays that way?

The parents and grandparents of this 6 year old child have lost confidence in the safety and supervision of their child while at school. It shouldn’t have to be this way – for these parents, at this school. Sure, things happen and everybody makes mistakes, but at least have the common courtesy to inform the parents of the complete truth, apologize to them, and do whatever has to be done to make sure an incident like this never happens again. What price do you put on the safety of those you are charged with safeguarding?

I have since submitted a Freedom Of Information Act request for a copy of the video, from all of the cameras for that day, in hopes of determining how long this child was outside, and what he did while he was outside. The FOIA request for the video was denied by the school. I have submitted a complaint to the Illinois Arttorney General to obtain a copy and have also requested the school preserve all video in question until a reponse is received. 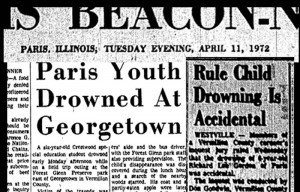