I only dream of being able to pen a report with such meaningful statements as that of DANIEL J. O’HERN, SR.,Retired Associate Justice, Supreme Court of New Jersey and PROFESSOR PAULA A. FRANZESE, Peter W. Rodino Professor of Law, Seton Hall University School of Law.  They provided an ETHICS REFORM RECOMMENDATIONS FOR THE EXECUTIVE BRANCH OF NEW JERSEY GOVERNMENT.  Full Report

There are so many direct correlations in that report that we are seeing in our investigations in this county I felt it important to share the information.  I have taken the liberty of posting their Conclusion in an effort to drive the message home but by all means PLEASE read their whole report!  In the Conclusion posted below I replaced the state name of New Jersey with that of Edgar County as I think most would agree, the shoe fits.

Today in Edgar County , trust has been broken and, as a result, the actions of political leaders now face more skeptical investigation than ever before. How do we restore trust?

Unethical or improper behavior on the part of County officials or employees is the exception and not the rule; nevertheless, from time to time, we are reminded that our laws and regulations may not be adequate to the times and circumstances.  The best answer to potential ethical problems in government is honest people in a proper and ethical environment. Still, formal regulation is required.

As part of a comprehensive approach, clear rules regarding performance and punishment have an important role to play. They can express the core values of an organization and set governing standards. But expression of core values and standards is not enough. Building values within an organization requires leadership.

During our review, we often asked, “What is the cornerstone of good government?” Hard-working citizens of our State, like Herbert Bashir of Irvington, said, “We need a return to concern for the public trust.”

Don Wisnowski, a former serviceman and resident of Little Falls, said, “At every level of government, many leaders have lost sight of the reason why they’re there and of the values that this country was founded on. I’m heartsick about this, because I love our State.”

Bob Loughrey, proprietor of Uncle Bob’s Ice Cream Shop in Cedar Grove, said, “Ethics in government means that our leaders should be doing the right thing for the people, not for themselves. We want them to do the right thing, not necessarily the popular thing.”

Trust is the cornerstone of good government. By restoring public trust, we can, in the words of Governor Codey, “show government as a force for compassion and a beacon of hope.”  The time is now.

Personally, I believe that REAL beacon of hope is We The People, not the Government!

What was their FIRST recommendation?

A. “Make The State Ethics Commission An Independent Watchdog.”

From what I have found in hundreds of hours of research is the answers to our problems in our local government are already out there.  We don’t need to create some new fix to an old problem.  We just need to know our history and implement the very solutions to the problems that others experienced before us.  It takes BOLD leadership and if there is one thing I believe in my heart, that is exactly what is lacking in this county.

Many believe our intentions are to do nothing but tear down this County through our exposing of its engrained corruption but nothing is further from the truth.  I just know you can’t fix anything unless you have all the facts.  Once you have them you need to share them so that people become educated on the truth, as the Truth Has No Agenda!

Honestly informed people make better decisions in their life.  People MUST be informed!  As we work to fix things we MUST ensure the people we put in office are going to lead For the People, not for themselves, while at the same time hold those accountable for the misconduct that has infected so many parts of our County Leadership.

We can change the direction of this county but it takes involvement:

Step up and help save the positive sides of what this County used to be and still can be! 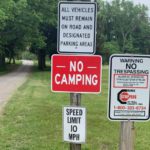 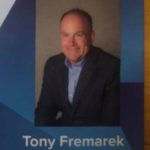 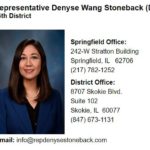