Eastern Illinois counties earn low marks in government transparency audit
21 out of 22 county governments in eastern Illinois receive failing grades in Institute audit, and many are not compliant with state open records laws

CHICAGO (Aug. 28, 2012) – With the click of a mouse, residents in northern Illinois' Kane County can find out when is the next county board meeting or what tax rates they pay. But travel to the eastern counties in Illinois, and this information is hard to come by online.

Twenty-one out of 22 eastern Illinois county governments received failing grades in the latest round of the Illinois Policy Institute's government transparency audits. Many of these low marks were due to not having information such as meeting notices, salary schedules and other vital community information readily available online. Champaign County received the only passing grade in the audit – a grade of 68.1 out of a possible 100 points.

The 21 counties who failed the transparency audit are: Clark, Clay, Coles, Crawford, Cumberland, De Witt, Douglas, Edgar, Effingham, Fayette, Ford, Iroquois, Lawrence, Livingston, Macon, McLean, Moultrie, Piatt, Shelby, Vermilion and Woodford. The counties of Jasper, Marion and Richland did not have official websites and therefore were not included in the audit.

The Institute's audit also revealed that many county governments do not appear to be compliant with state transparency standards as set by the Freedom of Information Act and Open Meetings Act.

“With Illinois' history of corruption, no one in this state should be resisting improving transparency efforts,” said Brian Costin, director of government reform at the Illinois Policy Institute. “Unfortunately, it’s not just the Institute's suggestions that these counties are failing to live up to; many are failing to comply with basic state laws. Taxpayers should demand for more transparency from their elected officials.”

To fight corruption and encourage public participation in government, the Illinois Policy Institute grades governments on how much public information is available online. Dubbed “The Local Transparency Project,” grades are based on the availability of public meeting schedules, government employee salaries, tax rates and other vital community information. Since the project was launched by the Institute in February 2010, more than 180 government entities have been graded.

Eastern Illinois counties performed particularly poorly in the expenditures, employee salary and benefits, and contracts categories by scoring an average of .7 or less out of a possible ten points. And not a single county scored any points in the lobbying category. The grading rubric is available online here: http://www.illinoispolicy.org/content/?section=509 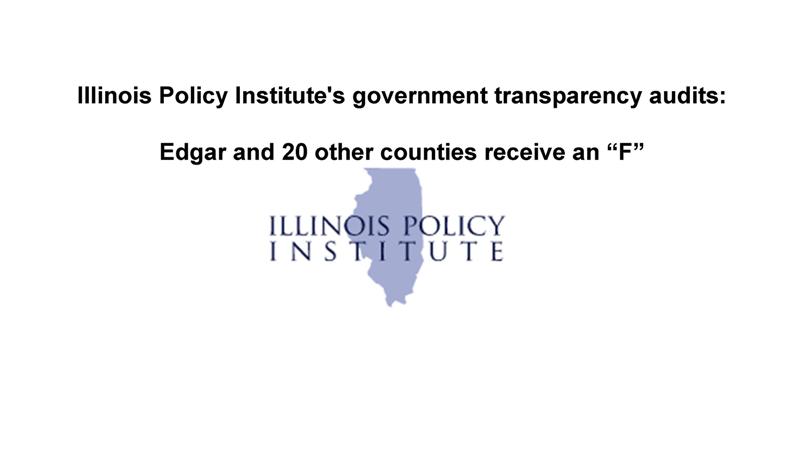