Parents, Do You Have A Right to KNOW?

After several tips regarding some past legal matters for the current Shiloh School District Superintendent, Dr. Wheatley, we took the time to make some calls, send a bunch of emails, and did the most basic background search. What did we find?

My first phone call confirmed that the School Board was aware of Dr. Wheatley’s past criminal matter however it was not  a factor and besides, he was the “cheapest” of all the Superintendents they interviewed.

Once at the site look for the article that the State Board of Education posted from the Associated Press.  It’s titled: Ill. ranks near bottom in screening problem teachers

Now you may recall, we did the most basic of background work and just the title of this article was disturbing enough, but after reading it I was appalled at what is happening in this state.

Titled:  Complete criminal histories of teachers can be hard to find

In that article you will find this information, which apparently is important enough that the State Board of Education has it published on their website.

“For example, Thornton school counselor John E. Wheatley was convicted of sexual battery in 1989, according to Cook County records. This misdemeanor conviction didn’t prevent him from subsequently being hired by four other Illinois school districts.

Wheatley resigned from Chicago Public Schools three months ago after eight years of service there. But he still is licensed to teach in Illinois.”

Upon reading this I contacted Bobbie Mattingly, Regional Superintendent for comment.  NO RESPONSE

I then emailed every school board member for comment. NO RESPONSE!

Finally I e-mailed Dr. Wheatley for comment.  NO RESPONSE!

I contacted the Illinois State Board of Education and got this reply:“

“…Our agency reviewed Mr. Wheatley’s case in 2009. Cook County prosecutors declined to pursue felony charges against Mr. Wheatley and instead reduced the charges to misdemeanor battery for which the courts sentenced him to supervision…”.

I found that response interesting as it clearly left out some elements they have published on their website.  Misdemeanor battery?  I wonder why on their own web site that is clearly using news articles on the matter as an example for everyone to read it reports Sexual Battery?

“According to Cook County records, Wheatley was charged in 1989 with criminal sexual abuse and battery involving a then 16-year-old girl who attended Thornwood High School, where Wheatley was a counselor. Court records indicate the criminal sexual abuse charge was dismissed and Wheatley was found guilty of misdemeanor battery. The judge sentenced Wheatley to court supervision for voluntarily undergoing counseling and to make no contact with the girl. Under state law, once court supervision is completed, the incident is expunged and no record of a conviction is recorded.”

That last part is interesting when you put things in context.  NO RECORD OF A CONVICTION IS RECORDED.

From the above article: “I’m innocent, do not have a conviction, but I was accused,” Wheatley said.

“do not have a conviction”  – However, he was convicted according to the ISBE and was sentenced to court supervision for voluntarily undergoing counseling and to make no contact with the girl according to news reports from just 4 years ago.

No contact with the girl?  I don’t have a daughter, but I think I can assume pretty much anyone who does wouldn’t want a person with this type of past having any contact with any girls under those circumstances!

Thanks to another very interesting site called Hidden Violations (http://www.hiddenviolations.com/), this interesting pdf pops up on Mr. Wheatley.

In November of 2007 it appears Dr. Wheatley tried to have his charges expunged from the record.  That motion was filed and denied by the courts so apparently there is still a record!

Rules for Expungement/Sealing of Records

Note page 4 on the rules.  It’s pretty clear when you read the checklist you end up with a YES answer to determine what can or can’t be expunged.

“If YES, then you have a conviction and none of your records can be expunged.”

So what is the story?  In fairness, we gave Dr. Wheatley a chance to comment and got no response.  Not surprising as what could he say, “I’m Innocent”?

I would like to know from the entire school board what they were told about this past.  When I presented this information by phone to one school board member they couldn’t recall whether the fact he was convicted on a lesser charge was disclosed.  He could only recall the issue was shared during the interview process but was told no charges were filed.  “If” that is what was disclosed how does it square up with a conviction of a misdemeanor, which appears to have been an agreement reached instead of the harsher life altering felony charge.  Was the WHOLE truth shared?  We may never know, as this is Edgar County.

I was disappointed with the State Board of Education for the fact they can’t do a better job policing this type of thing and take care of it once a conviction is passed down.  They claimed since he went through counseling no record of his conviction exists.  My questions to them are simple.  It existed when he was found guilty so why wasn’t something done then before he ever started counseling?   A record must have existed in 2009 when the State Board of Education reviewed the whole legal file as they informed me in an email dated 7/05/2012 of his conviction of a lesser charge!

No response from Bobbie Mattingly was a surprise, as I would have thought this would be something of concern but I guess I was wrong.  And I could very well be wrong in raising this as it was over 20 years ago but I have a child and I know many others do and I believe We The People have a right to know everything about our public officials, good and bad, especially when they play a key role in our children’s safety and education.

The School Board is filled with elected officials who are responsible for the hiring of their superintended.  If the people have no problem with it then they can re-elect them. If they do have a problem with it, then the system of our government has a means of taking steps to fix it.  VOTE!

Vote based on principles in your heart.  If you support this kind of past behavior from your school leaders then by all means vote them back in office.  If you don’t then stand up and be heard with your vote!

I have been working this story for about 3 weeks gathering as much information as possible and giving all parties a chance to comment long before this story ran and they all sat silent.  For me, their silence speaks volumes!

My opinion is just that, an opinion, but please know I can’t sit silent when an agency appoints or hires people for positions that I believe they should not be serving in based on ethical and moral values I strive to live by.

An example is the recent Paris Police Commission appointment of a person convicted of stealing.  Nothing in the law says you can’t do that, but common sense tells us it’s not a smart move to do.  I believe hiring a person in the realm of educating our children needs the utmost scrutiny to include minimizing even the slightest potential risk to our children.  Dr. Wheatley’s conviction may not be grounds for action from the State Board of Education, but was it really the only choice we had for leading our children into the future?  It’s your community, you decide as we are a “Republic” form of government and that puts the people in charge!

May God Bless this country and bring wisdom to our public officials in their decision-making process.

“To sin by silence when we should protest makes cowards out of men.” — Ella Wheeler Wilcox 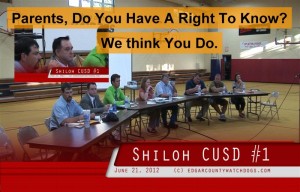