Deputy Dee Burgin remains as the 911 Chairman in spite of losing the Federal Civil Rights case against him.  And of course, if he can continue working in the county after a Civil Rights Violation, why not keep paying Nanette Crippes with ETSB funds in contradiction to the Attorney Generals opinion that clearly outlines extra duties that have nothing to do with the operation of the system cannot be funded with ETSB money!

They are paying her an extra $1,500.00 to be the Freedom of Information Act officer for the ETSB, which is an extra duty that has NOTHING to do with the operation of the system.

I raised this issue at the last county board meeting and to no surprise, nothing has been done about the clear violation of using ETSB funds for things outside the scope of the law, as far as we can tell considering they won't answer any questions from the public.

Donna Throneburg, 911 dispatcher raised concerns over non 911 calls tying up the lines and causing a problem for dispatchers for at least the third time in the last 6 months.  To date the Board had ignored her requests to address the problem, however this meeting a pleasant change took place.  Chief Gates, a new member that has not yet been indoctrinated into forced silence by Deputy Dog Dee actually raised a very simple solution that might just help and that would be public education during the fair with a booth.  Notice in the video how quick the implication that the Fire Department has a booth instead of stepping up and taking care of the problem themselves.

Anyone taking any bets on who that job gets dumped on?  Watch it fall on the lap of the Fire Department to take care of instead of the single ETSB employee, Nanette Crippes.

Below is the video from the meeting. 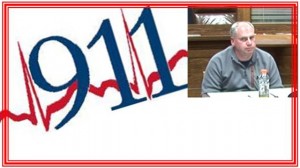