Breaking story and yes, the Edgar County Watchdogs were the FIRST to bring this news to the public!

The is a significant difference between "suspending" a campaign" and "withdrawn" from race.

The difference between the two is that "suspending" is just a verbal statement, while "withdrawing" is a notarized letter to the Illinois State Board of Elections stating you are withdrawing from the race. At that point, any votes for you won't count. 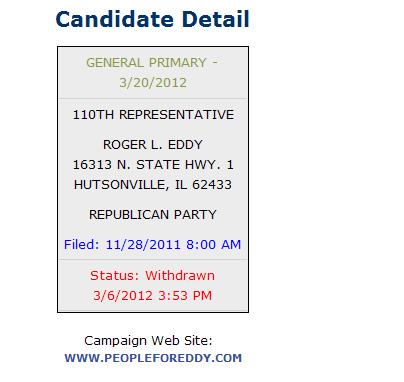