Legal or not? You be the judge!

October 4th, 2010 the ETSB (911 Board) goes into executive session to discuss personnel matters, specifically an employment contract for the 911 Coordinator.

Why now after 10 years of employment do they need an employment “contract” for their only employee?

According to the minutes from that meeting the States Attorney, Mark Isaf is assisting with the creation of that contract.

That is interesting from the standpoint the District Attorney does not represent the 911 Board and this was well established years ago so why now is this assistance being offered?  Keep that thought!

The minutes also reflect that the board wants to finalize this contract and vote on it prior to the December Annual meeting.

Is that because there might possibly be a new sheriff in town on December 1st?

Then, the very next day, October 5th, 2011 they have minutes that reflect a confirmation that Mark Isaf has approved the final version of the contract its recorded that a phone call to the board members established the approval.

1. No posting of the meeting.

Now some will ask how is it secret if we found out about it.  We found out after the fact through numerous Freedom of Information requests and clearly their actions were done in secret out of the eye of the public and in direct violation of state law.

So what does all this mean?  Well I think we can safely say, again, the people on the ETSB who took this action have again violated the law and could care less as it appears for whatever reason, they are above the law.

We the people have one question for the County Board!

At what point do you stand up and uphold your oath of office and put a stop to these ongoing violations of the law? 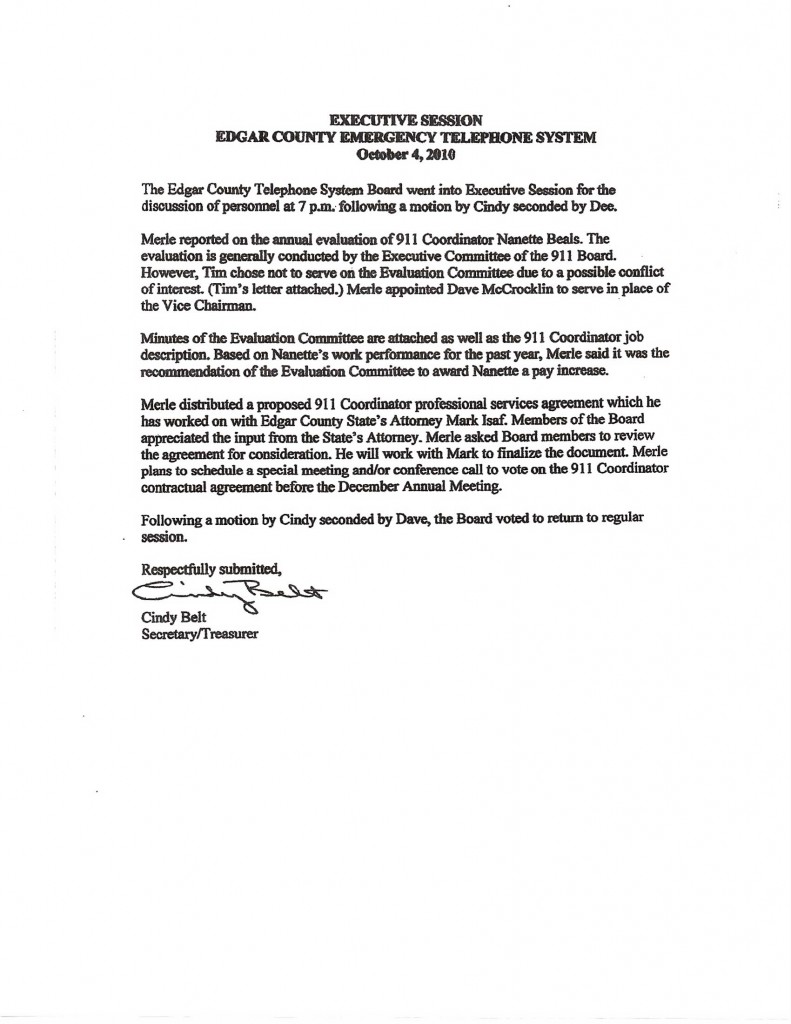 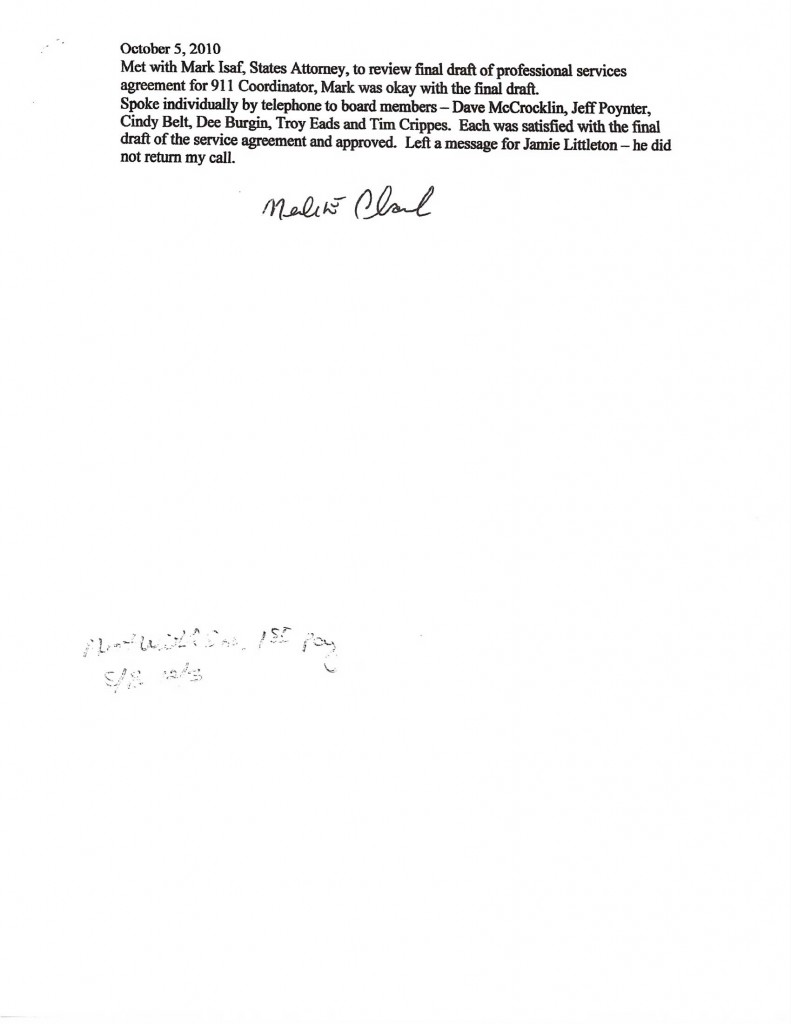